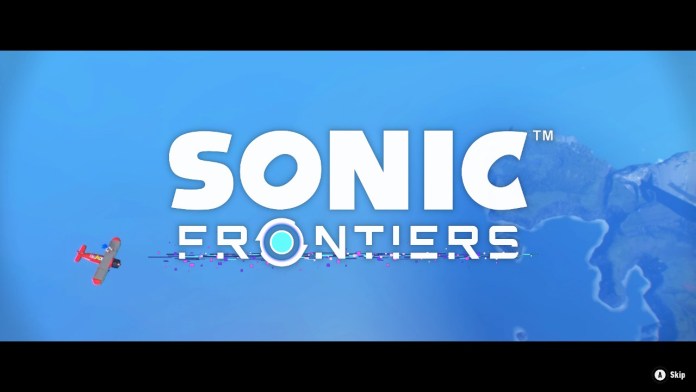 The latest installment to the “Sonic” franchise was released on Nov. 8 to PC, Playstation 4 and 5, Xbox One, Xbox Series X/S, and the Nintendo Switch for $59.99.

“Frontiers” blew this record out of the water and has seen a peak of 19,181 people playing at once on Steam within just the first week of its release.

“Sonic Frontiers” delivers what fans have come to expect from the Sega series — a fast blue hedgehog going on some outlandish adventure. This time, they took it in a new direction, sending Sonic on an open-world quest to help save his companions.

For fans of the series, the risk paid off, and “Frontiers” has been well received across the board, with one exception — on the Nintendo Switch.

While playing on the Switch seems alright at first, things quickly turn for the worse when entering the first open-world zone. What looks gorgeous for someone playing on a PC becomes an absolute hellscape on the Switch.

With bad textures and elements phasing in and out of existence, the experience on Switch is sad and unfulfilling. The open world is bland and barren, appearing as only a fraction of its other console counterparts.

While you shouldn’t expect games to look the same on the Switch as on a high-end gaming PC, “Sonic Frontiers” is exceptionally sad and stands out compared to other multi-platform games.

As someone who was especially drawn in by the beautiful atmosphere of “Frontiers,” this was highly disappointing.

Compared to a friend playing on a PC, the game also appears to be more of a glitchy experience on the Switch. While their game has been running smoothly, playing on the Switch has been a less-than-ideal experience, even mechanically speaking.

None of the issues I’ve encountered have been particularly game-breaking at the time of writing, but it is still a less fluid experience than on other platforms.

When playing with the Switch docked, “Sonic Frontiers” caps out at 720p, and the handheld has a measly resolution of 480p, leading to a very blurry experience.

Additionally, the Switch version of the game caps out at 30fps, with noticeable dips. This leads to a jittery experience and with a game where the whole premise is going fast, it needs the fps to support that.

Capping out at 30fps not only makes it jittery at best but nauseating at its worst.

“Sonic Frontiers” isn’t all bad on the Switch — the action stages are passable, dare I say, even enjoyable. They are the shining star on the Switch.

The action stages are noticeably better visually and run significantly smoother than the open-world areas of the game.

The general premise of “Frontiers” is a fun new direction for the Sega mascot, albeit a bit of a weird plot (but is that really anything new for Sonic?).

At least on the Switch, it’s hard to focus on the positives when the negatives and inability to return the game are glaring in your face.

“Sonic” games feel like a perfect franchise for the Switch, but unfortunately “Frontiers” falls flat. For those interested in the game, get it on any other platform and you’re guaranteed to have a better time.

When “Nintendo Switch Sports” first released in late April, it came with bowling, tennis, and chambara that players were familiar with from “Wii Sports”...
Read more
8 Bit

Developed by A44, “Ashen” is a game heavily inspired by the “Dark Souls” series, with similar overarching themes and a combat system faithful to...
Read more
8 Bit