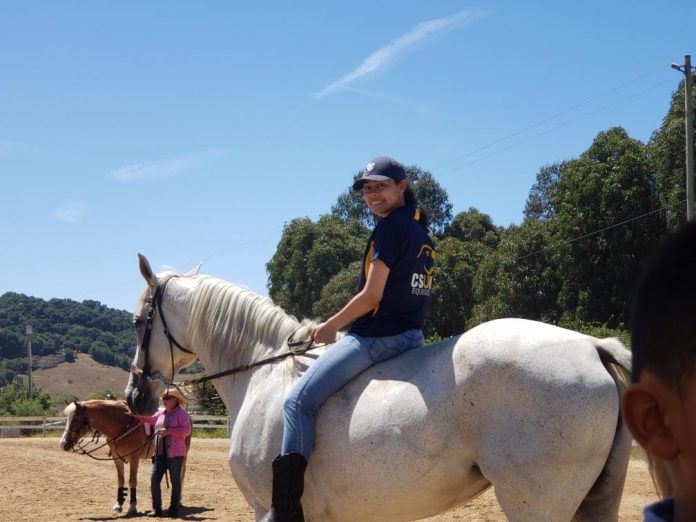 While tattoos have become increasingly more popular, there are still stigmatized by many. Unfortunately for some people, their family can have negative feelings toward tattoos and parents may want their children to look a certain way.

Danielle Jackson really wanted a tattoo, but her parents weren’t fully on board with it. However, that didn’t stop Jackson and she still chose to express herself through a tattoo.

“I went to a tattoo expo and there were a lot of artists … tattooing people there. I had always wanted a tattoo and I was done with the way my parents wanted me to portray myself,” she said.

Her tattoo also holds a nice meaning to her that ties into her heritage.

“It’s a Celtic knot known as the triquetra. I enjoy old symbology and this is one of the oldest Celtic symbols. I also have Celtic heritage. The triquetra represents the triple goddess in Celtic mythology, a very powerful deity,” Jackson said.

Many people may assume you can only get tattooed in a studio, however, there are also tattoo conventions and expos where people can get tattooed themselves, or just look at all the different artists’ works.

“The convention was small, but it was amazing to see all these artists. The artist that I chose was based in LA and he happened to be award-winning and very talented, which at the time, I didn’t know until I was in the chair getting my tattoo. He outlined the design in pen first … they were using the newest machine, so the process wasn’t painful,” said Jackson.

A very important part to getting a tattoo is the aftercare. While the tattoo is healing, you need to make sure to take good care of it to prevent infections or scaring. This also ensures the tattoo itself still looks nice after it has healed.

“Care was easy since he was very thorough about the care and cleaning the tattoo. I never had any issues when it was healing, since it healed quickly,” said Jackson.

Jackson currently only has one tattoo, but this isn’t the end of her tattoo journey. She still has a few tattoos planned for the future.

“I plan to get a few more tattoos. I want one by an artist in San Jose that is well known for his Monmon cats. He tattoos in the traditional Japanese way. I also plan to get a few smaller gaming-inspired tattoos,” she said.

While it can be daunting to get a tattoo, especially if you are lacking support from family, they are a wonderful way to express yourself and your individuality.