A comparison of popular ways to inhale marijuana 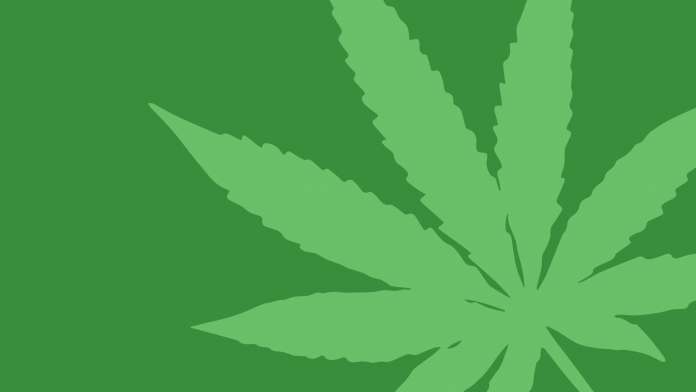 In recent years, vaporizing cannabis oils (vaping) to get the desired effect from THC has gained traction and quickly converted many of those who were dedicated smokers of the popular plant. Not having to ingest the harmful chemicals present after combustion of marijuana was and still remains the most hefty of selling points for switching to vaping. While it’s clearly understood the end goal for either method is the same, let’s take a look at what makes vaping and smoking so different from the other.

With vaping, the ritual of consumption is similar, but the process is very different. For all vaporizing devices, it’s designed to heat up the cannabis oil (or dry herb) to release the THC just before the point of combustion – resulting in a THC-rich vapor as opposed to having to inhale chemical-heavy smoke.

According to a study conducted by psychology student Mitch Earlywine of the University of Albany, New York, those who reported vaporizing as their main method of ingestion reported no respiratory symptoms when compared to all other methods. Out of all 6,731 people he interviewed, however, only 152 claimed they used vaporizers only. Though, again, it’s worth noting that very few of the participants reported any common respiratory discomfort typically associated with smoking (such as coughing, wheezing, shortness of breath, etc.).

Since there is no longer smoke bombarding sensitive lungs, it’s a well-founded belief that vaping would deem a user less likely to develop bronchitis, pneumonia and other respiratory infections. This is true, since it’s the smoke that harms the lungs, not the cannabinoids. When marijuana is considered in a medical context, if patients have pre-existing respiratory issues and find edibles too potent or grow impatient waiting for the benefits to take effect, the vaporization of marijuana can provide that much needed relief quickly and without the drawbacks of smoking.

There also is the lack of smell to consider. When vaporization is happening, there isn’t the typical skunk-esque odor that follows marijuana. Many may enjoy the smell, though, there are just as many who wish it wasn’t such a staple part of consumption. Therefore, those who want to be more cautious or steer clear of the smell entirely may find peace of mind through vaping.

The most common complaint among users is the price. Most electronic devices cost a lot for those who casually use. With dry herb vaporizers, which rely on a lot of user input, there’s a lot to know. The desired temperature to heat the herb is something that involves a lot of trial and error, as different temperatures can release different compounds at varying potencies – where with smoking, it’s simply a matter of lighting up and moving on.

Though a popular alternative to that is vaporizers that use oil, that require a lot less maintenance and tend to last a little longer. A major downside commonly reported with either portable vaporizer is the need to recharge. Also, cleanliness is an issue. Dry-herb vaporizers are high-maintenance items, requiring a good cleaning after each session.

Referring back to the study previously mentioned, the most popular reason to choose smoking over vaping was the ease, the relatively low cost and maintenance, and the seemingly ritualistic preparation that some users have a tough time breaking away from.

It’s also well known as of now that smoking produces stronger effects over vaping and quicker, since there isn’t any waiting for a device to warm to the prime temperature. With bongs, pipes or bowls, there is some maintenance required, but not nearly as much as a dry-herb vaporizer does.

The learning curve to smoking is nothing when compared to the necessary education for vaping. There’s no desired temperature, no specific grind quality and no electricity – just setting the plant ablaze and going about the day. It’s reported to be the easier, cheaper and quicker way to indulge in marijuana.

Recreationally, smoking marijuana still holds the crown for most popular way to toke, simply based on the lack of steps needed to take to get into it.

With smoking, this is the more risky way to utilize the plant. As mentioned many times before now, there have been several tests done on the smoke produced from burning the plant and the results were less than promising. While it’s most definitely not as toxic as cigarette smoke, combustion of marijuana still produces tar, an abundance of carbon dioxide and other carcinogens like toluene, naphthalene and benzene.

Then, there’s the issue of smell. Partaking is difficult to keep secret and once it gets onto clothes or furniture, it becomes a fairly demanding task to remove it, especially when it depreciates the upholstery in a car.

Also, it’s not nearly as efficient. Once a bud is smoked, it becomes ash and is no longer usable. With vaping, the plant isn’t combusted, so the herb can be used for multiple sessions in order to extract all the THC possible. Thus, saving an enthusiast more money in the long run after the other expenses with vaping are out of the way.