The impact of SB54 in Monterey County 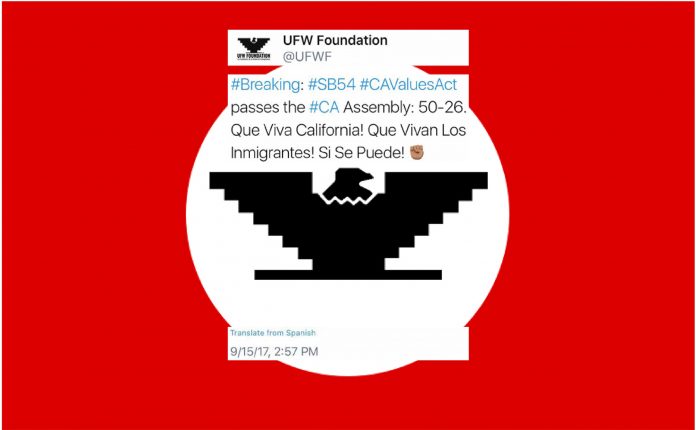 For two years, the Monterey County Sheriff’s Department (MCSD) had a desk for Immigration and Customs Enforcement (ICE) officials in the county jail; however, SB54 now prohibits the use of state or county facilities to aid ICE officials. The sheriff’s department is now challenged with having to rewrite policies to comply with the new law.

“We have reached out to the local ACLU chapters, and immigration coliseum to ask them to sit down with us to craft policies,” said Commander Jonathan Thornburg, MCSD Public Information Officer.

“What impact will it have? It is hard to say. We are still trying to figure out the impacts of prop 47 and 57,” said Thornburg. “Our biggest concern about SB54 is someone getting released into the community that should not [be released].”

Thornburg does not believe that SB54 will lead to increased crime rates since communities around the Central Coast have already had sanctuary policies with no increase in crime.

In a December 18 press conference, Sheriff Steve Bernal assured the public the MCSD will fully comply with the law, such as not allowing ICE to have access to the jail.

While SB 54 made national news in establishing California as a Sanctuary State, many communities had passed similar, local laws earlier.

“We are a city that is not going to go out of our way to help apprehend anyone that might be of illegal status in our community” said Ledesma. “Our city is a city of a largely Hispanic and immigrant population that does a lot of the farm work. I think it is just hypocritical for us say that we are not going to support those individuals; because, they are a positive part of our community.”

With sanctuary cities and now SB54, Ledesma said the policies are subject to misconceptions, including not allowing the federal government do its job.

“It is not about not compiling with federal [authorities], it is just a matter of saying we are not going to aid them, such as pointing out who is undocumented,” said Ledesma.

He did add: “Some of the opposition is trying to say that we are going to interfere with an arrest made by ICE, which is not true at all. We are saying [as a sanctuary city] that we welcome people where no matter what their status is, be it legal or illegal…but if ICE came, we [the city] would be okay, but we are not going to aid you.”

In addition to public officials, many California residents are trying to determine the full impact of the SB54.

“I want to say that it [SB54] is a step forward, but that just creates tension. Now you are state versus federal government…with things like that…federal government is always going to win,” said Anthony Rivera, an undocumented individual who moved to Salinas from Mexico as a child.

SB54 provides little protection for undocumented individuals, and Rivera recognized that. “I do not find comfort in this law…more needs to be done for myself to feel safe from being deported,” said Rivera.

Rivera has lived in the United States for more than 25 years and has a full-time job in retail. Every two years, Rivera struggles with having to renew his work permit to be allowed to work here. “They [federal government] know that I am illegally living in this country through applying for a work permit, and I do get scared that ICE will come knocking on my door,” said Rivera.

SB54 does not provide protection for these types of issues.

SB54 does not at all prohibit federal officials from doing their jobs, but the law makes a political statement that California will not aid federal immigration activities. President Trump has declared that he would cut federal funding to such cities or states that pass policies, such as SB 54, that go against the federal government.

The City of Soledad passed their policy unanimously on March 22, 2017.

City officials were aware of the threats to projects receiving federal funding.

“We did understand that it could jeopardize some of our federal grants, and the ability to get them in the future…but I think we understood that we would take that chance. We felt it was the morally right thing to do, socially the right thing to do, and we need to serve who we represent,” said Ledesma.

Ledesma is not the only one with concerns for area farm workers. The United Farm Workers (UFW) Foundation also has concerns.

“Now being a sanctuary state…we are trying to say that we are going to protect [undocumented individuals] but, we can’t give this message that everything is okay now,” said Elizabeth Zepeda, representative of the UFW Foundation in Salinas.

The concern for the foundation is that the law does not fully stop federal government officials from doing their job.  The foundation does see SB54 as a good starting point for success but, believes the fight still needs to push forward for protecting documented and undocumented individuals in Monterey County.

It will take time to see what impacts the new law will have in the Monterey County, as the law is still fairly new. It is important to be knowledgeable about this law and keep all consideration in mind.

ICE of Northern California agreed to answer a list of questions for this article via email. ICE never responded back with answers, even after numerous phone calls and emails; however, in a press release in reaction to SB54 passage, Director Tom Homan stated:

“Governor Jerry Brown’s decision to sign SB54 and make California a sanctuary state for illegal aliens – including those who have committed crimes – will undermine public safety and hinder ICE from performing its federally mandated mission. The governor is simply wrong when he claims otherwise.

“SB54 will negatively impact ICE operations in California by nearly eliminating all cooperation and communication with our law enforcement partners in the state, voiding the delegated authority that the Orange County Sheriff’s Office has under the 287g program, and prohibiting local law enforcement from contracting with the federal government to house detainees.”

The Monterey Bay Justice Project is an organization working toward fair treatment for all within the criminal justice system, while creating awareness of and advocating for change on issues of social injustice. For more stories visit csumb.edu/justiceproject.

It’s that time of the year again as monarch butterflies are clustered at the Monarch Grove Sanctuary in Pacific Grove.  From October through March, monarch...
Read more
News

Submitted by Oscar Daniel Jimenez Iniguez / Community Journalism On Nov. 8, Califirnians will decide who wins seats in the House of Representatives and the...
Read more