CSUMB students register to vote ahead of 2020 election 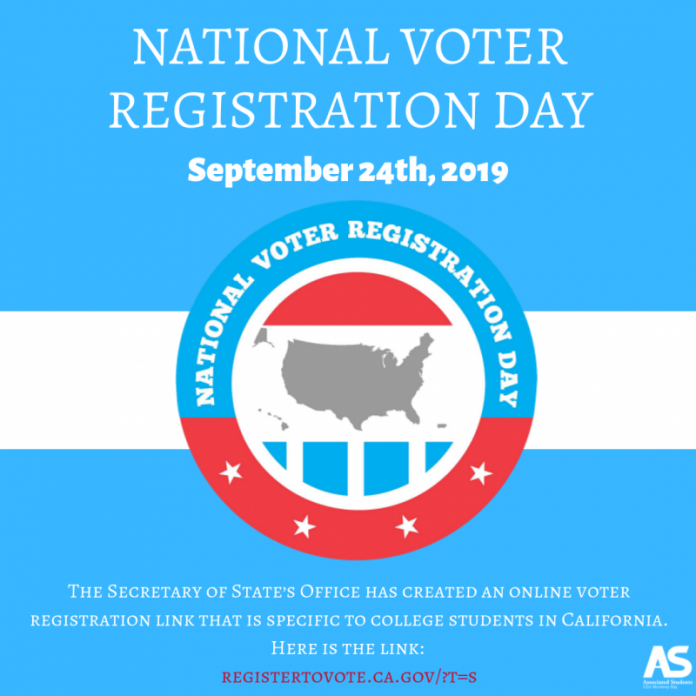 On Sept. 24, students at California State University, Monterey Bay were given the chance to register to vote via an online voter registration link as part of National Voter Registration Day.

With the primary elections just around the corner, it is a critical time to register to vote if you haven’t already. Many students who haven’t yet registered to vote often voice the belief that their votes wouldn’t count in the elections, especially in major contests; however, “millenials and Gen Z will be the largest share of eligible voters in 2020,” according to the Campus Vote Project. This means the votes of college-age students will, in fact, be the most crucial in the upcoming elections.

With the political turmoil that has become commonplace in American culture, increasing numbers of students have been motivated to become politically engaged, especially compared to previous voter turnouts.

Sophomore Gabe Mercado was motivated by recent events and registered to vote. “I want people in office who are going to listen to what voters want, especially since our age group is who is going to be the most affected by whichever direction the country goes,” he explained.

Mercado also voiced his support for events that push for political engagement, such as National Voter Registration Day.

Students who have already registered to vote also voiced their support for initiatives such as National Voter Registration Day.

“When I registered to vote, I did it through a program put on by my college, and it made it convenient,” said junior Emma Holmes. “I’m sure I’m not the only one who figured, ‘oh, I may as well register.’ People are more likely to be politically active if they’re already registered, so the elections become more relevant to them.”

If you missed National Voter Registration Day, but still want to register to vote, there are multiple ways to go about it. You can register through the Department of Motor Vehicles or online at vote.gov.

Under the pressures of the ongoing pandemic, a 26-year-old educational advocacy conference was forced to move from the California Capitol building to a video...
Read more
Government & Politics

INDECLINE pushes boundaries in “The Art of Protest”

INDECLINE is an artist collective that was founded in 2001. The collective dropped a documentary called “The Art of Protest” on Oct. 13. The...
Read more