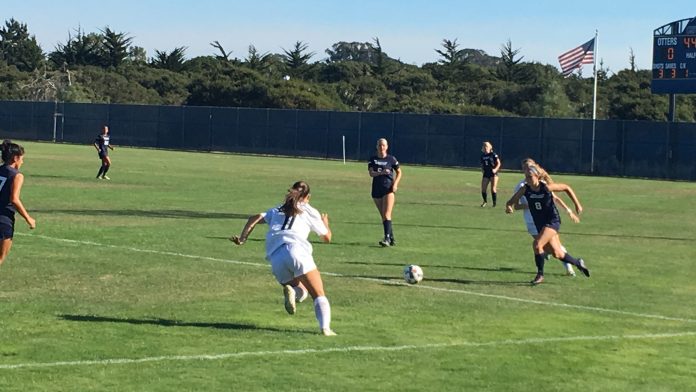 It was a tense first half, ending with the Bulldogs scoring the first goal of the game with just under 30 seconds to go.

It looked like the Bulldogs were going to win during the second half, until CSUMB’s Maya Richardson scored the Otters’ first goal of the game (and her second goal of the season).

Both teams played valiantly into double overtime, but the game was flipped over on its head when Sierra Levy made the game’s winning goal, heading the ball into the side netting off a cross from Lia Kilgore with only minutes left. This was also Levy’s second goal of the season. This was the Otters’ third overtime victory this season.

California State University, Monterey Bay’s (CSUMB) men's rugby team is looking to the future as their season comes to a close, reflecting on past...
Read more
Sports

The Monterey Bay Football Club (FC) won their opening game against the Vegas lights FC at the newly remodeled Cardinale Stadium on Saturday, May...
Read more