What the signs can expect with the upcoming spring 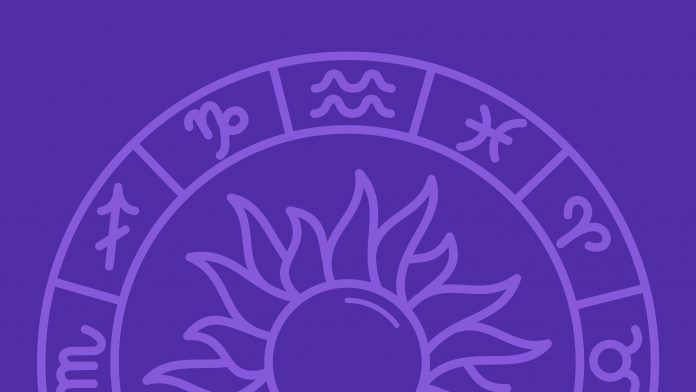 Thankfully, you were able to weasle yourself away from a situation you know for a fact would have led you down the same emotionally tumultuous path you were not too long ago. Well done, Aries. It was a difficult decision, as you tend to be a creature of bad habit, but this change you brought to the table has done wonders for your social and interpersonal life. April will be a more laid back time for you, as you’ve become more keen about steering yourself away from trouble. This kind of change in attitude is sure to bring a bounty of positivity. Stay tuned.

A change in your family life has brought you to a new perspective, one you’re not sure you’re comfortable with. Though, historically, you’ve been quick to be made uncomfortable with all sorts of change – good and bad. Before you settle with feeling like it’s a matter that ultimately deserves your investment, it would be wise of you to investigate what it really is that’s making you uncomfortable. Keep in mind, Taurus, change isn’t always bad. Especially when you know, deep down, it’s for the best.

The best word to describe how you’ve been feeling lately is “insecure.” You’ve been so busy chasing so many goals, it’s led you to a dead end. Now, you feel as though you’re scrambling to escape from the pile of burdens you’ve placed on yourself. The kicker? What you’re experiencing is normal, Gemini, everyone struggles to meet basic needs. Before you settle into a bottomless pit of self-doubt or loathing, take solace in the fact that your struggles are not unfamiliar to common folk. Sit back, relax and focus your energy on figuring out your next move. Feeling bad for yourself isn’t known to work.

Spring seems to be the time where you shine best, Cancer, as you’ve fully emerged a different, wiser and more loving individual than you were just a few months ago. You’ve become a wonderful ally to the one who matters most: you. And those around you have begun to notice! Those who stood by you from day one seem to stand even closer, and the company you keep has become more pure and supportive. This is something you never thought possible, so delight in it! This kind of unconditional support is rare. April will be where you realize why this level of support is so important.

Something has happened in one of your close relationships that made you realize you might not be doing enough to keep the relationship thriving. This wasn’t something that might have been said to you, but rather something you noticed – they’ve been doing a lot of work to keep their connection with you strong and you feel as though you’ve failed them in some way. Worry not, Leo, the chance to redeem yourself is still in harbor. From this point on, just be sure to best assess how you can contribute to such a positive relationship. Don’t be afraid to ask for help! Often times, those who need real help have no quarrel accepting it when it’s offered. This April, you’ll find out where your efforts have (or haven’t) brought you.

You may find yourself regretting asking for second opinions or help this time around. Usually, you’re hungry for advice, but as of recently, you’ve only been bombarded with what feels like depressing and deflating words of discouragement. Try not to take this so personally though, Virgo, it’s important to be able to pinpoint why it is that you’re feeling so low. Is it because they’re not telling you what you want to hear? Or because they’re telling you what you need to hear and just don’t want to accept it? Be careful in this assessment – you don’t want to burn the bridge between you and the people who are genuinely looking out for you.

Just last month, you’ve done something for yourself that’s genuinely surprised you! So much, in fact, that you’re feeling a little uneasy about it. Sure, this change isn’t like you or it isn’t something you ever thought you could do, but hey, you did it! It’s nothing to feel weird about. Believe it or not, what you’re seeing in yourself isn’t all that strange in the grand scheme of things. Don’t be so quick to settle back into your old ways again, Libra – often times, change is good! This April, you’ll begin to truly understand why that is.

It seems like you can’t ever catch a break, can you, Scorpio? Just when you feel like you’ve kept your head above water, a rogue wave comes along and washes away your confidence. This is something you’re no stranger to, as an emotional person. Instead of falling into the typical bout of taking all your outside stressors personally, try to focus on how you’re doing better. You’ve put yourself out there, you’ve tried and done things you thought you’d never be capable of, and you’ve accomplished a lot more than what you’re letting yourself acknowledge. Try your best to develop a keener sense of what drama is meant for you to digest and deal with and what drama you can put on the back burner.

You’ve had something happen to you that’s scared you a little bit. Though it’s a tough thing to say, this happening might be a message that would be detrimental to ignore. Historically, you’ve been a person who believes that everything happens for a reason, so be sure you include yourself in that philosophy. What can this scare teach you? Were you maybe given a chance to start over? Was this a wake up call that you’ve been doing something wrong? Was this meant to show you that you don’t have as much time as you thought? Whatever you decide it means for you, try to find some positivity in it. After all, finding the silver lining has become your specialty.

These past few months have been extraordinarily difficult for you. It seems like there’s been one unfortunate event after the other and it’s beginning to test your ability to keep it together. Though, some acknowledgement is needed here – you’ve done so well to mold yourself into a stronger, more capable person and whether you realize it or not, your handling of all these mishaps is a lot more refined and tight-knit than you ever thought possible. Hold your head up high, Capricorn. If you’re able to get through these last few attempts to bring you down, you can literally get through anything.

This March has been a month of harsh realization for you. You’ve been so busy masking your feelings with sarcasm and crude humor or floating on the surface of your interpersonal problems that you failed to get a deeper sense of what’s really happening. Some of your issues have felt a lot heavier than what you’re used to feeling, so despite the warmer weather and plentiful sun, you’re feeling a little blue. While it’s not necessarily depression, it is something that’s worth paying attention to. You’re not used to putting your feelings under a microscope, though, now isn’t a bad place to refine that skill.

There’s a bolder side of you that, as of recently, you’re becoming better acquainted with. This side of you has brought its truck own load of surprises, but as you’re noticing, none of them have been bad. Though, that’s not to say that it’s come with a set of setbacks. With this, you’re beginning to wonder if your bolder half of you is worth keeping around. Before you bury it under the timid person you’re used to being, try to look at all the wonderful things that you’ve stumbled upon while being bold that you might not have occurred while being timid.

Aries (March 20-April 19): This could be a difficult or transformative month for Aries. Your ruling planet will be in retrograde for November so you...
Read more
Horoscopes

Aries (March 20-April 19): As you enter October, get ready for a perfect time to reestablish control over your schedule. With mercury retrograde in Virgo...
Read more
Horoscopes

Wondering what the April shower season has in store for you? Identify your sun sign below and find out! Aries: This month, work on caring...
Read more