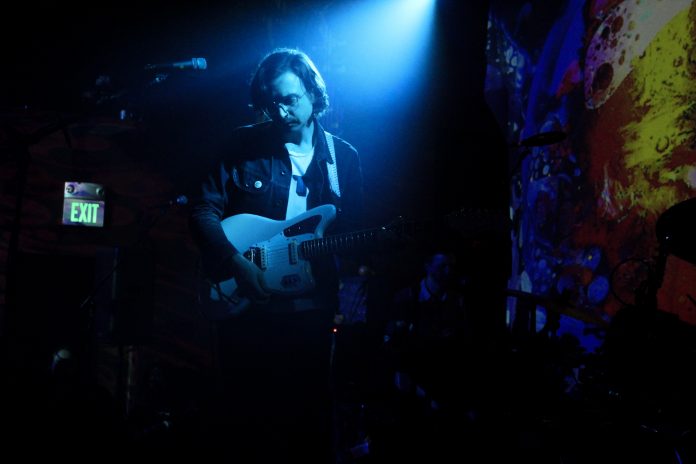 Real Estate had a sold-out, three-day residency at The Chapel in San Francisco from Jan. 31 through Feb. 2. The Brooklyn-based band made their way to California in an effort to raise money through a portion of ticket sales to directly benefit Northern California Fire Relief and those affected by last year’s Camp Fire.

In addition to ticket sales, 100 percent of the proceeds from presale orders of the band’s limited edition “Reality Estates” wine – made in collaboration with Echo Echo – will also be contributed to the Northern California Fire Relief fund.

The band’s opener varied each night as Confusing Mix of Nations performed on Jan. 31, Business of Dreams played on Feb. 1 and Healing Potpourri opened on Feb. 2. Healing Potpourri is a lounge pop band based out of San Francisco, which made their performance sentimental for the band and crowd alike. An array of instruments contributed to their smooth jazz sound – including electric guitar, bass, synthesizer, electric piano, saxophone, flute and drums – and the set consisted of a variety of songs from their two albums, “The Way Water Bends Light” and “My Eyes Never Really Adjusted to the Light.”

Real Estate performed a diverse range of songs from their existing discography, as well as debuting new songs from their forthcoming LP and fifth studio album through Domino Record Co. which has yet to be officially announced. New songs that were performed during Saturday’s show include “Friday,” “November,” “Paper Cup,” “Main Thing” and “Also a But.”

The band also performed fan favorites and songs from their most recent album, “In Mind,” which was released in March of 2017. Lead singer Martin Courtney’s voice translated beautifully live, as did the band’s chemistry with the occasional banter and smiles shared on stage. During the band’s encore, Courtney accidentally began playing a song from the previous night’s performance rather than what was on the setlist, which prompted bassist Alex Bleeker to joke that his mistake required a $5 contribution to the band’s jar.

Colorful, psychedelic visuals blanketed the stage that were being produced in real-time by a friend of the band through oils, paints and other materials – complimenting the band’s groovy direction being established by the new songs. Follow @realestateband on Instagram for more updates concerning the new album and tour dates.