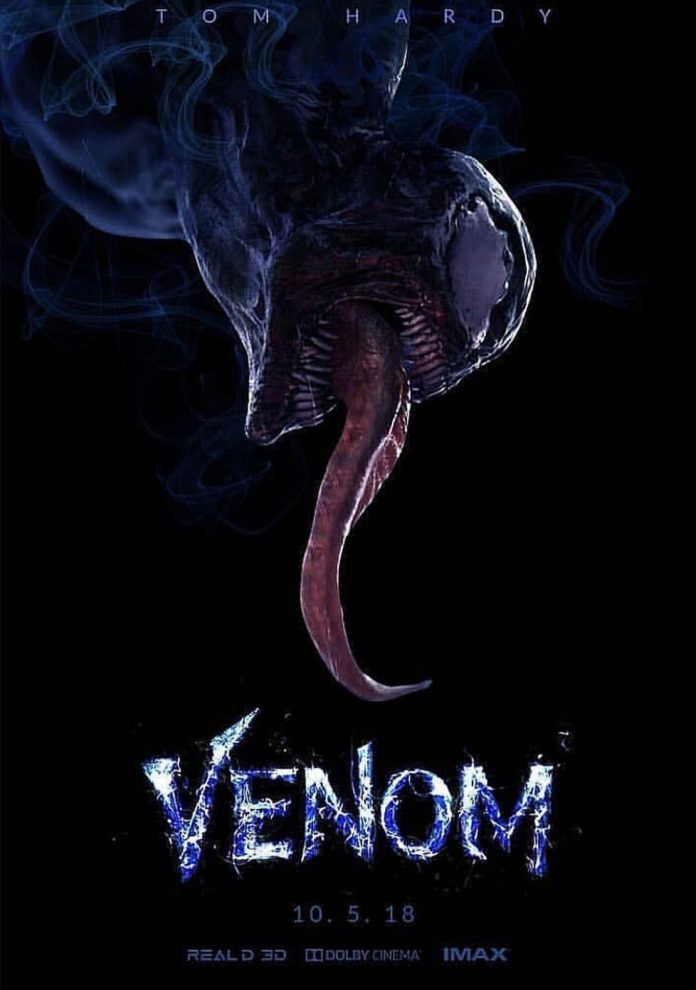 I went into Venom with particularly low expectations. Not that I don’t have faith in Sony, they did after all have a tiny amount of involvement in Spiderman: Homecoming, and that turned out pretty good. But all of the promotional material I had seen looked very aggressively like a comic book movie from the mid-2000s, which if y’all care to remember, was not a good time for comic book movies. Now usually when I start a review like that, I have come around with being pleasantly surprised, but that is not entirely the case with Venom. I ended up enjoying Venom more than I expected to, but I was surprisingly spot-on with my gut feeling about its style and presentation.

Venom feels like a producer in 2005 had some kind of portent about the success of Deadpool, and then tried to capitalize on that success. What that looks like today is a very glossy and dark-looking film that won’t entirely commit to taking itself seriously like a normal Marvel film or to being a cheesy campy mess like Deadpool – think 2008’s Incredible Hulk with the quips turned up to 11. I realize that paints a pretty grim image, but despite that I found myself still enjoying the film quite a bit. The promotional material had me feeling pretty grim about the interactions between Eddie Brock, played by Tom Hardy, and Venom, also played by Tom Hardy, interacting as different characters. Some of the humour there still really didn’t land for me, especially one that was heavily featured in promotional material, but overall I think it was actually done really well. I think Hardy’s performance as both Brock and Venom were really solid, and his chemistry in conversations with himself was surprisingly good. The performances from the rest of the cast were also good, and the parallels between the antagonist Carlton Drake, played by Riz Ahmed, and Elon Musk were rather poignant, recognized and appreciated.

For a big action blockbuster, one of the film’s weakest points was the action. While I think they got the look and movement for Venom spot on, none of the action sequences were very interesting and the stakes almost always felt incredibly low. Both of those complaints are sort of addressed in the films closing action sequence which was both visually a bit more interesting, if also a bit messy and hard to follow, and had some actually tangible stakes. On top of that, while the designs for the effects were all quite cool, the effects themselves were not up to snuff. Not much looked outright bad, and the way the symbiotes and suits moved were all really cool from a design-standpoint, but from a fidelity standpoint, a lot of the CGI looked a bit out of date – though I will cut it some slack for only working with a $100 million budget. Actually, that 2008 comic book movie feel applies pretty well here, too.

Nothing in Venom stood out to me as a glaring failure, just a solid film with some cool ideas and a wave of dark mediocrity. The writing was a little all over the place, the effects functional and the performances solid – there was not a lot terrible or fantastic about it, it comfortably rides the line down the middle. That said, I do have to give it props for being a Venom film completely devoid of Spiderman, both in appearances and in universe. With Spiderman normally being such an important part of the characters story and universe, I’ll admit I’m impressed they were even able to pull a somewhat faithful story out of it. Whether you’re a fan or otherwise, I think you can get away with missing Venom in theatres, though if you are a fan of the character or source material, I’d suggest you check it out when it pops up on your streaming service of choice.

Rating: 4.8/5 Although there are still a couple of films I haven’t seen from last year - that I’m planning to see at the very least...
Read more