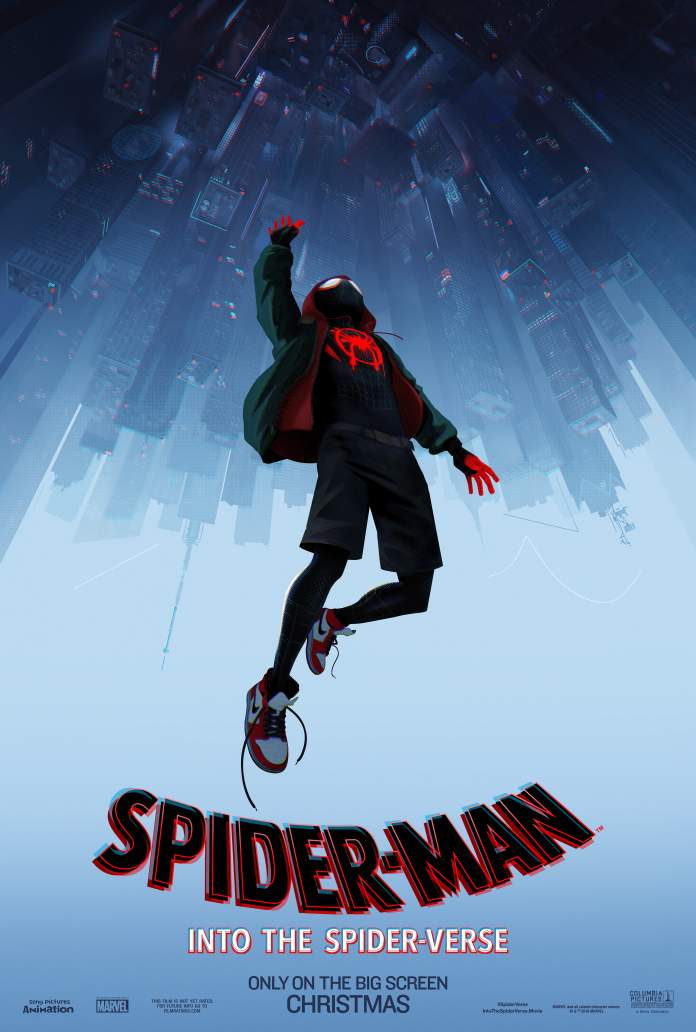 Although there are still a couple of films I haven’t seen from last year – that I’m planning to see at the very least – and while most of the stuff I saw this year was pretty good, Into the Spider-verse was one of the two films that I would say were genuinely and completely outstanding. Spider-verse is an absolute masterclass of filmmaking. In fact, I expect this review to be one of the shorter ones simply because all I really have to do is sing this film’s praises. Everything from the visuals and performances, to the soundtrack and sound design, was so absolutely spot on. I have no trouble pinning it as my top animated film of, at the very least, the past five years.

Into the Spider-verse has a concept that sounds worrying for a standalone story. It takes the fantastic Earth-161 Spider-Man comics story featuring Miles Morales as a young Spider-Man alongside the more familiar Peter Parker Spider-Man and mashes it together with several other alternate universes filled with alternate web slingers. My immediate inclination when hearing this story’s premise is to expect it to be a bit janky and particularly hard to follow without some pre-existing knowledge of these comic stories, but Spider-verse managed to rise high above my expectations.

The film manages to introduce characters and the general premise of the story quickly and very smoothly, making it not only an extremely well-written film, but also a surprisingly good point of entry for the Spider-Man mythos as a whole. It also serves as a great example for high, impactful stakes not being tied to the realism of a film. A lot of the time, the more realistic a film is, the more serious it is perceived. While I wouldn’t say Spider-verse is a very serious film, it does have some serious high stakes and a lot of hard emotional beats that are not affected negatively by the colorful, unrealistic setting. I think a lot of other films in the comic book genre could benefit from paying attention to that element of Spider-verse’s writing.

Something an artist friend of mine has said many times about this film is that it “understands the appeal of color.” The visual style of this film is so bold and brash and unlike any other animated film I’ve ever seen. A mixture of true blacks, striking colour choices and something cell-shading-adjacent, as well as some more traditional comic book art influences, have resulted in such a wonderful art style that Sony is threatening to copyright it. Despite the fact that copyrighting something like that is a horrible idea and Sony better not, it definitely speaks to just how fantastic the animation and art design is in this film. The choppy, low frame-rate action sequences and Ben Day dot-covered accents of this film make it ooze “comic book” like no other superhero film I’ve seen, as well as making it just generally wonderful to look at.

While certainly the less stunning of the two, the audio side of things doesn’t disappoint either. All of the performances are great, and specifically every time Noir Spider-Man opened his mouth, hearing Nicolas Cage’s voice killed me. The sound design is crisp and weirdly enough, the highest praise I can give it is that it never stood out to me. Meaning, it did its job perfectly, never standing out as weird or out of place. The soundtrack is also outstanding. Almost every song off of it has ended up in one of my day-to-day playlists, and honestly is just a really good album on its own. While music is not really my wheelhouse, y’all gotta at the very least check that Aminé feature.

This is maybe the best animated film I’ve ever seen. That means it deftly swings past a lot of the rose-tinting of animated films from my childhood and stands as this incredibly bold outlier in a Disney and Illumination-dominated world of generally homogenized animation. My metaphorical hat is off to the cast and crew of this film, and I can wholeheartedly recommend this to anybody who is even the smallest amount of comic book-inclined, or even just anyone who likes a story.

Bad Times at the El Royale

Rating: 4.8/5 Bad Times at the El Royale is an absolute masterclass of filmmaking. There are lots of films that I enjoy in the moment, but...
Read more