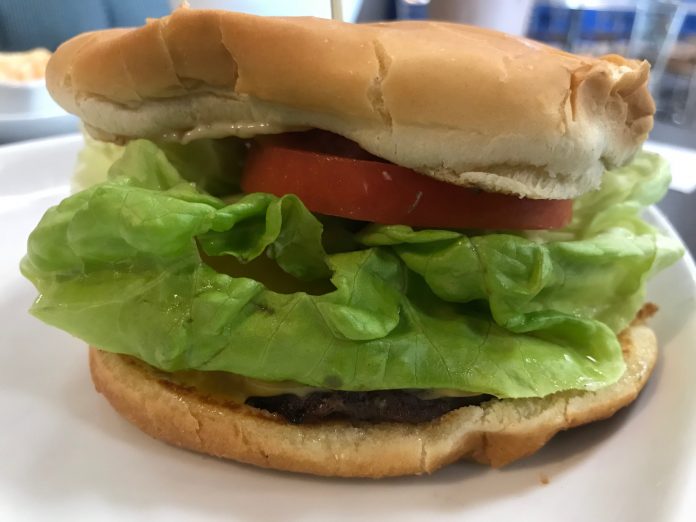 On Wednesday, Oct. 3, I went into Monte’s to have a late lunch. Since the change in catering companies from Sodexo to A’viands, many, along with myself, were excited to see what differences would be in store. Having interviewed the A’viands catering director, Jerry Carter, about the changes being made to Monte’s prior to it’s grand re-opening, I was looking forward to their new menu and style.

The biggest difference to Monte’s is the change from sitting down and getting your order taken, to an order and numbering system. This does speed up the process a lot more than the previous ways that Monte’s had functioned. I would say that this is a big plus to the old system, but still needs fine tuning. Unlike other take a number style restaurants, Monte’s menu is a paper menu that has to be held to read, it isn’t posted on large signs over head that make looking at the menu easier.

It took me more than a few minutes to decide while looking at the new menu in my hands because I had to keep flipping through the packet of papers. This left an awkward and uncomfortable silence between me and the cashier. I decided to get the “Full Monte” which is their plain cheeseburger, but substitute with an “Impossible” or vegan patty. This is because I have recently started to eat vegetarian and decided that Monte’s would be a great first place to try out imitation meat. This was a mistake.

I also ordered the avocado fries, because all of the menu items at Monte’s are now a la cart and do not come with sides. The avocado fries are not a regular side, but an appetizer and I wanted to give them a try, despite the price tag of $6.49. I also got a chocolate shake because Monte’s has always been known for its shakes and I wanted to know if they were still up to par.

When ordering, the cashier reminded me that the chocolate shake is not vegan, and they do have a vegan option for the shake because I had ordered the vegan patty. I told her that I was just vegetarian, for now, and didn’t mind the full dairy shake. After paying, I sat down at a booth with my number.

The milkshake was the first thing to be ready and come out to me. It took less than five minutes which was a pleasant surprise. I recall going to Monte’s previously and not getting my milkshake until after I finished my meal. The burger and the fries came out at the same time, which again, came out at an astonishingly fast pace. I would even dare to say that the new Monte’s could be considered a fast food restaurant with the speed of service that I experienced.

Although, here is where it gets rocky for Monte’s. After snapping a few pictures for this article, I cut my burger in half and began to chow down. After the first bite, I thought, “Wow, this is a great vegan patty!” and then I thought, “Why doesn’t everyone go meat free?” and after the third bite, I thought, “Oh my goodness is this meat?”

I flagged down a member of the wait staff and asked if my burger had indeed been vegan, she took it to the back to get checked. She came back a few minutes later to inform me that they had given me a full meat patty and not the vegan patty I had requested. My heart sank into my stomach. I had only recently become vegetarian, but it was still incredibly disheartening to hear that I had been fed meat unknowingly. Despite this, all the wait staff had to offer me was a half-hearted “sorry” before asking me if I wanted another burger with the correct patty.

I asked for the burger with the vegan patty because I was still hungry, even though I was so upset. While I was waiting on my new burger, I spotted Jerry Carter, who I mentioned earlier that I had interviewed before. I told him about my situation, to which he responded, “Oh. That was you?” He refunded me for the price of my meal after my complaint, and explained that there is still a learning curve that the new employees are experiencing.

Overall, the burger, when redone, was exactly what I wanted from a burger, although it was fairly pricey. The avocado fries were good, but I would not get them again for their price and they’re definitely more of a side than an appetizer. The milkshake was perfect, and a delicious staple of Monte’s. I don’t know if I would eat here again, to be honest.

After experiencing a meat mishap like this, I am wary about if I might gamble with the patty again. I am only glad that it happened to an inexperienced vegetarian like myself, rather than a seasoned vegan or vegetarian like some people I know. I highly doubt that some of the vegans/vegetarians who attend our school would have been as nonchalant about unknowingly being fed meat as I was.