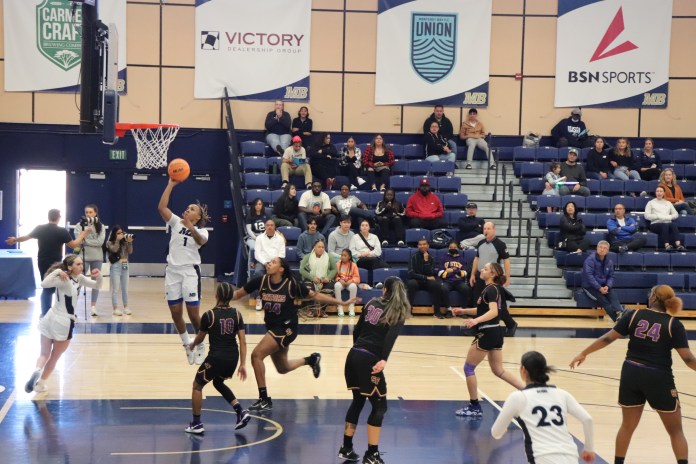 On Saturday, Nov. 26, the Otters played a home game against San Francisco State, losing 55-60. It was the CCAA opener for both teams, so although this was a tough loss, they’ve won three out of the five games they’ve played so far.

The Gators had a 16-point lead by the third quarter, but the Otters managed to close the gap, falling just five points short. Lauryn Pointer was the lead scorer with 13 points and Gigi Israel followed closely behind with 11 points, three of her baskets being three-pointers.

On defense, the Otters ran a full-court press, and while this slowed the Gators down on offense, once they broke the press, they scored several baskets in the paint and 11 second-chance baskets. They were also able to capitalize off of eight fast breaks throughout the game.

The Otters are 10th out of 12 in their conference, while San Francisco is third. Given the turnout of their preseason games, we can hope for a bright outcome moving forward this season.

Story and photos by Max Guerrera Basketball season has begun, and the California State University Monterey Bay (CSUMB) men’s team is off to a good...
Read more