Deciding the future of campus policing 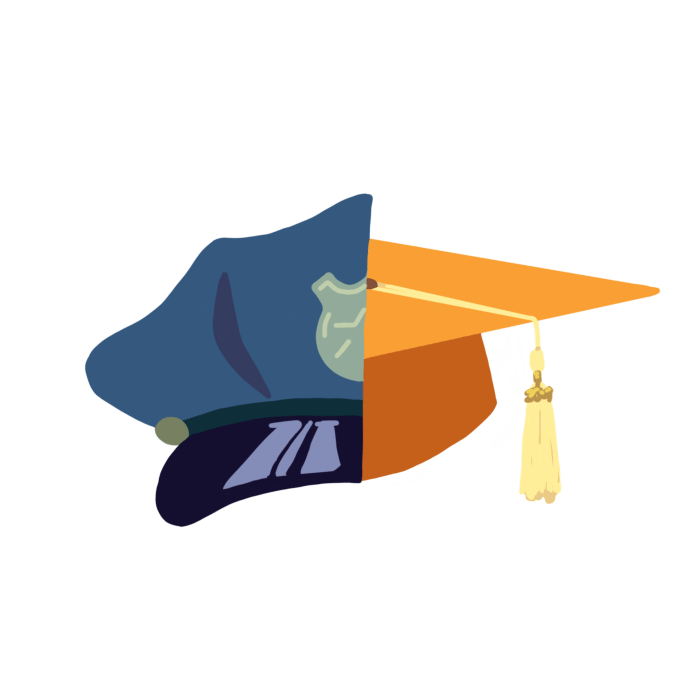 After the murder of George Floyd last summer, the desire to redesign policing procudures in the U.S. increased exponentially. Several American’s joined Black Lives Matter protests in the summer of 2020 to influence law enforcement to protect Black people and other people of color instead of threatening their well-being, such as in the case of George Floyd. Universities across California are well aware of the challenges students of color face with police on and off campus, and they joined forces with KQED Public Broadcasting and the Cal Matters Student Journalism Network to host a webinar on the matter.

Several administrators and students logged in for the webinar titled “The Future of Campus Policing” on April 21. Guest speakers included University of California professors, a chief of police, Black students and others, encompassing a wide variety of perspectives on what policing should look like.

The first speaker introduced was San Francisco State University student Ja’Corey Bowens, who is currently running for vice president of external affairs at his college’s Associated Students and a firm believer in the abolition of his university’s police department.

“Time after time we’ve seen that university police departments (UPD) or police departments in general have tried to reform, but you can’t reform a system that’s inherently anti-Black and based in white supremacy,” Bowens said. “We need to be reinvesting in our community, student programs, mental health resources, homelessness, decriminalization and so much more.”

Bowens recalled an instance where he felt antagonized by his UPD while working as a resident advisor. While he was preparing his building for move-in day, two police officers approached him while working, telling Bowens he looked suspicious and began forcefully questioning him. Bowens disapproves of instances like these and wants to abolish UPD in order to rid other students of being approached in the same manner.

Professor Kimberly King also attended the event to share what campus life has been like at Laney College since ending its contract with the Alameda County Sheriff’s Department in December 2020. Laney College currently has an unarmed security model in place to keep students safe, and King believes this model has been successful compared to having a UPD.

King said “students, faculty and staff can work together to build community and keep us safe,” by providing a “positive learning environment for students who are often students of color from low-income backgrounds and who have had traumatic experiences with law enforcement in their communities,” by using the unarmed security model.

While most guest speakers agreed there should be a reform in campus policing, figuring out the best model for doing so was undecided upon. Balancing one side of the spectrum from the other, University of California, Davis Chief of Police Joseph Farrow joined the conversation.

In answer to mediator Felica Mello’s question, “What will it take to end [troubling] interactions between campus police and students of color? Can it be done without removing a police presence from campus, and if so, how?,” Farrow acknowledged the wrongdoings of campus police.

Farrow said he notices the disconnect between students of color and police officers, where officers are able to negatively impact those students by “questioning them in a harmful way.” He said one way police are trying to stop this is by collecting data on every stop they make, recording why someone was stopped and what the outcome of the stop was.

“The policing on campus shouldn’t be done in a way where we are stopping and questioning our students. We’re not there to police students, we are there on their behalf,” Farrow said. “Whatever we reform, policing should not serve as a silo.” He also said “checking our students to see who belongs and doesn’t” is not a proper function of UPD.

At times throughout the discussion, it was difficult for all guest speakers to find common ground. Farrow argued that a reformed UPD presence is necessary in order to keep students safe, but Bowens argued that students of color will not feel safe at all if police officers remain on campus.

“All these recommendations (on police reform), they don’t necessarily solve the issues at hand … we cannot reform an entity that was based to make sure slaves would not run away and was then adopted to become the policing we know today,” Bowens said. “Reform has failed … we are relying on these outdated, no good philosophies to work in a system that’s inherently broken.”

The webinar created space to discuss policing and the safety needs of college students. Closing off the discussion, King described why having a police-less atmosphere is important for students.

“Policing uses force and the threat of violence, we don’t need that on campus,” King said. “We do need safety, but there’s other ways to implement safety.”