President Speaker Series analyzes the media amidst the election 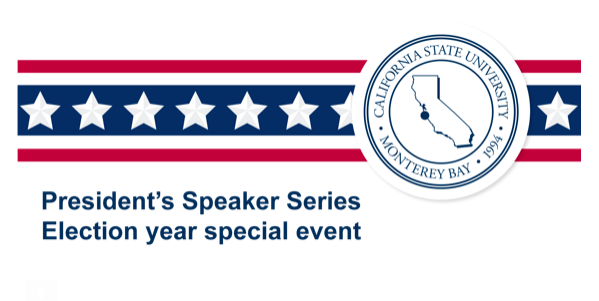 “With the rise of the internet, this diversity of voices has proliferated to a level of chaos,” Ochoa said. “It’s become a potential threat to the broadly acceptable truths.”

Ochoa focused on the public misinformation being construed from the media. Mentioning the Russian actors that interfered with the 2016 election, Ochoa found it timely to bring news fiction to the discussion board.

Ochoa and the panel described how news networks such as MSNBC are dramatically changing the perception and directions news stories are taking. Revealing the large monetary contributions Trump has given to news networks, the idea of biased, subjective headlines making the page of young American’s social media, TV stations and websites is not far fetched.

Former Republican Rapid Response Director and Aid to Mitt Romney’s 2012 presidential campaign Matt Gorman provided viewer’s with an inside look to the Republican demographic. Gorman believes the current political landscape has been widely influenced from Trump and his monetary donations. So much so, Gorman anticipates a major change across news stations when ratings aren’t being funneled with contributions.

“What happens when Trump leaves office in three months or four years, is a reckoning for news stations who have overleveraged themselves,” Gorman said. “Those that have been feeding the Trump beast for ratings.”

No matter the news platform, the stylistic and analytical directions each news company curves their segment around takes time and consideration, depending on the target audience and the message each platform is hoping to promote.

CBS Political Contributor and founding partner of the 270 Strategies Lynda Tran informed viewers of the importance of fact checking your news sources. When networks are being persuaded to promote an agenda, it’s easy to lose sight on the analytical inner-doings of our political system. Insteading of receiving a pre-disposed agenda, Tran encourages people to expand their outlets and contrive their own personal opinion.

“Networks like NBC or ABC focus on the analysis,” Tran said. “It’s about trying to get information to their viewers to help shape their perspective of politics and what’s going on.”

Looking at the fundamentally different views of COVID sweeping the country, the panelists agreed one thing is clear: the beliefs of Americans regarding the pandemic and politics are being shifted and manipulated to coerce Trump’s approval ratings. The side effects from false news or “fake news” can be detrimental to the overall well-being and health of our society’s members.

Students and Americans all around can be sure to receive accurate information by checking as many news sources as possible. Most information the political panelists receive comes from Twitter. Looking for a trend line of data, as well as a wide range of news platforms helps produce trustworthy knowledge. Making sure you have a diversity of voices across the board prevents reading from an unethical, misguided outlet.