“Among Us” is played by thousands 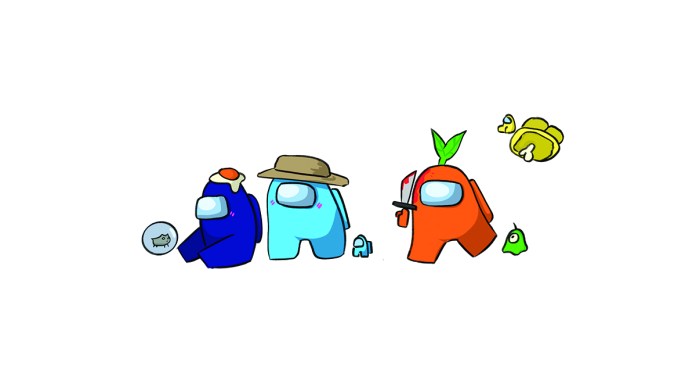 Over the past few months, the murder-mystery simulation game “Among Us” has increased expotentially in popularity, with an average of 371,563 players a week, according to Stream Charts. The game – which can either be downloaded from the app store or onto a PC – is featured on many influencer’s YouTube channels and inspired many to create memes about the game on social media.

“Among Us” is set inside a spaceship, where up to 10 users can join the crew of the aircraft- but within that crew, there lies a murderer. No one knows who the murder, or ‘imposter,’ is except the imposter themselves, who tries their best to kill crew members without getting caught.

Crewmates do tasks to upkeep the spaceship while searching for clues of who the imposter may be. They can report a dead body or call an emergency meeting to discuss with the crew who they should vote out as the possible imposter, and the only time players can use the game chat box is during the crew’s meetings.

Whoever is voted out, regardless of if they are the imposter or not, gets kicked off the ship, thrown into space and becomes a ghost for the remainder of the game.

The solid-colored, blob-like characters of “Among Us” are constantly seen on Twitter’s timeline. #AmongUs receives thousands of posts an hour featuring fan art, scripted videos and screenshots of the hilarious chat rooms in the game. There’s even meme accounts dedicated to the game like No context Among Us and Official Among Us Struggle Tweets.

Users enjoy the phenomenon of working to discover who the imposter really is. They call out characters for seeming too quiet in the chat box or accusing other characters too suddenly. Sometimes the outcry for ‘whodunit’ becomes so intense that several crewmates get kicked off the ship before the sneaky imposter is found out, resulting in an interactive and exciting experience for players.

A YouTube channel named MrBeast Gaming posted the video “The Most Insane 900 IQ Among Us Outplay!” which received 17 million views. Infamous YouTube gamer PewDiePie received 10 million views on his video “Among us / I Lie to YouTubers.” Both videos, and the many more “Among Us” videos on the platform, follow users’ gameplay while viewers hear them scream in excitement while trying to stay alive or exasperate when the imposter kills them.

InnerSloth, the game developer of “Among Us” said “It’s been a very exciting time for us the past few months” as the game grew in popularity and that they have “absolutely loved seeing everyone enjoying ‘Among Us’” on their Itch.io, an independent video game marketplace.

The game is sure to continue entertaining players as COVID-19 shelter-in-places extend, offering a fun activity to pass the time while staying at home.