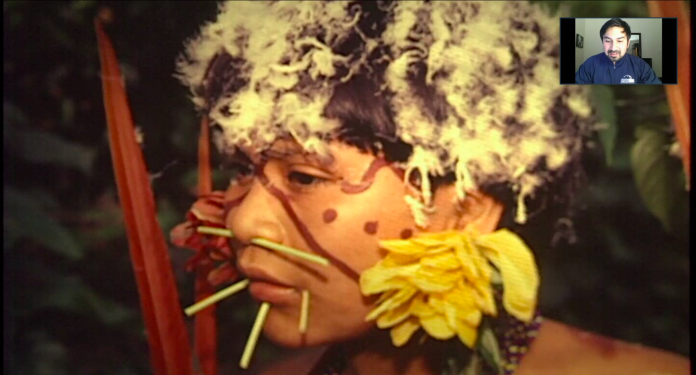 The College of Health Sciences and Human Services (CHSHS), as part of their Diversity Celebration Series, held a question and answer session with David Good, founder of The Good Project. The Good Project is a nonprofit aimed at educating, protecting and preserving the ways of the Yanomami people, an indigenous group of the Venezuelan Amazon. Good is both half-Yanomami and has a masters in biology, and combined these two perspectives in researching the microbiome of Yanomami people.

The question and answer session was hosted by CHSHS Dean Britt Rios-Ellis, and is part of a larger directive under the college to honor the diversity of the California State University, Monterey Bay community. Good’s seminar was the last of four for this academic year and coincided with National Minority Health Month.

Good’s father, Kenneth Good, is a renowned anthropologist who is infamous for his research on the Yanomami in the 1970s and ‘80s. After several years of integration into the community, Good’s father married a Yanomami woman, Good’s mother. The two eventually made the decision to move from the Amazon back to the United States to raise their children.

“When my mother came here, to the United States, it was a complete culture shock,” Good said.

After six years in the United States, with occasional trips back to Yanomami territory, Good’s mother decided to relocate back to the Amazon permanently, with the rest of Good’s family remaining in Pennsylvania.

He struggled to reconcile with his heritage and mother’s departure throughout childhood.

After graduating from university in 2011, Good trekked to Yanomami territory to find his mother and ended up reconnecting with his heritage. This experience was moving enough to inform his founding of The Good Project and PhD research on Yanomami health.

“I do it not as a dispassionate scientist, but as someone who truly cares about their survivorship and their well-being because we’re talking about my own mother,” Good said.

The Yanomami, in their isolation, present a very interesting case study on health. Good first connected his pre-med background and heritage when reading a paper claiming that the Yanomami have one of the most diverse microbiomes of any human population.

“When I look at the Yanomami and their health, they don’t have chronic illnesses,” Good said. “They don’t have these mental afflictions that we do here.”

His research is seeking out a connection between this trend and the diversity of bacteria living in and on the Yanomami.

“We live in a world where our biological systems are inherently imbalanced, especially in regards to the microbiome,” Good said.

He cites the abuse of antibiotics, processed foods and our sedentary lifestyles as the chief reasons for this imbalance. The Yanomami, on the other hand, are not exposed to these things.

“There’s so much to learn from them,” Good said. “[The Yanomami] harbor, we believe, is an ancestral indigenous microbiome that we’ve lost due to our lifestyle here.”

There are many threats to Yanomami survivorship. Industrial interventions, such as illegal gold mining and hunting, threaten the environment they subsist off of. Because of a lack of traditional health practices, illnesses spread rapidly. One Yanomami individual has already died of COVID-19 and Yanomami culture is not built in a way to integrate social distancing or sanitizing.

To end the webinar, Good shared his favorite story of Yanomami territory. He spoke of the time he got malaria in his mother’s commune and while battling a high fever, his uncle was attempting to battle the evil spirits causing the malaria in Good.

“When I was watching him chanting and screaming and shouting and trying to suck the evil spirits out of me, I felt love,” Good said.