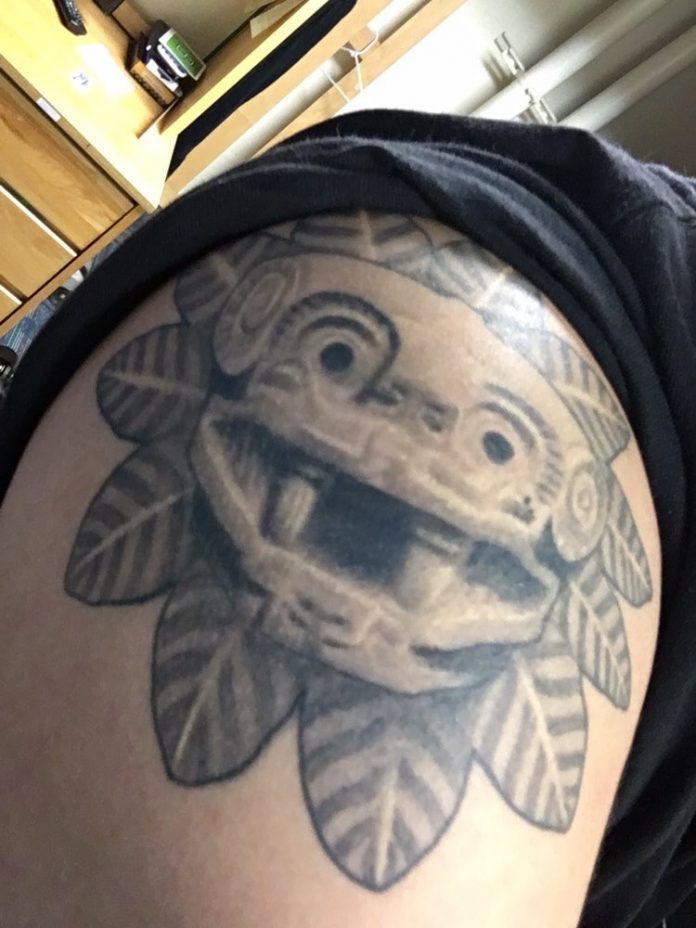 Tattoos are a great way to express who you are. In some cases, they can even act as a way to become more in touch with your culture. Freshman Moe Morales currently has one tattoo on his left tricep.

“My tattoo is an Aztec serpent surrounded by Filipino banana leaves,” he said. “It’s a mixture of my culture [and] background, which I believe is a big part of what makes me who I am.”

Getting a tattoo can sometimes be expensive, but Morales was fortunate enough to get his first tattoo as a gift.

“I got it during spring break as a birthday gift. I had been wanting a tattoo for a while because they can express many things about who you are in many ways,” Morales said.

Morales’s tattoo is fairly large, so it is no surprise it took awhile to complete. However, the tattoo process wasn’t a problem for Morales, even though it was a longer appointment.

“My tattoo process wasn’t bad. I went in pretty nervous, but it didn’t hurt. The artist was very cool and it only took about three hours,” he said.

This is the first tattoo of many for Morales. Even though he only has one at the moment, he has plenty of plans for future tattoos.

“I definitely want more. Eventually [I want] a sleeve on my right arm to also be things about my culture and also things I really like,” Morales said.