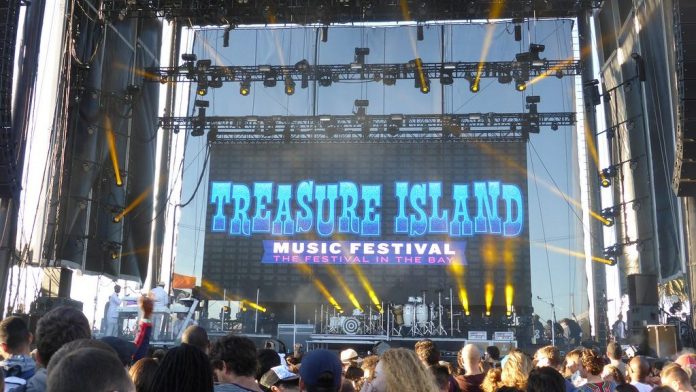 Last month, Treasure Island Music Festival (TIMF) announced that there would not be a festival taking place this year and is on hiatus until further notice. After 12 consecutive years of featuring notable artists such as Modest Mouse, Vampire Weekend, The Flaming Lips, MGMT, Animal Collective and Tame Impala, TIMF had become a staple of San Francisco’s live music scene.

“Bringing the festival back to life last year following the relocation was a massive undertaking, but with the new issues facing the site location, we feel strongly as though putting on a festival to the degree for which our fans have come to expect over the past decade is simply not possible,” stated Noise Pop and Another Planet Entertainment.

Two months ago, Woodstock 50 was officially cancelled after several setbacks including securing a venue location, artists dropping from the lineup and a postponed release of ticket sales. The festival was supposed to commemorate the 50th anniversary of the original Woodstock that took place in 1969.

“We are saddened that a series of unforeseen setbacks has made it impossible to put on a festival we imagined with the great line-up we had booked and the social engagement we were anticipating,” stated Woodstock 50 representatives in a press release.

Last year, Los Angeles’ FYF Fest was cancelled for the first time since its inauguration in 2004. Held at the Los Angeles Exposition Park, FYF Fest was consistent in showcasing the most popular artists of indie rock such as Mac Demarco, who performed at the festival consecutively for five years.

“Our team of many women and men have worked tirelessly on this event for many years, but felt unable to present an experience on par with the expectations of our loyal fans and the Los Angeles music community this year,” tweeted FYF Fest.

It seems that regardless of a festival’s popularity or longevity, they are now all at risk of cancellation. So, what’s killing music festivals?

There are several key components that contribute to the success of a music festival: location, venue, lineup, vendors, sponsors, lighting, acoustics, advertising, reputation, affordability, timing, etc. While it appears the cancellation of TIMF was mostly due to a change in location, the planning of Woodstock 50 was far too underdeveloped to be properly executed and FYF Fest’s reputation was damaged due to founder Sean Carlson’s sexual assault allegations.

In an attempt to stray away from more commercialized festivals, some artists have taken it upon themselves to create their own independent festivals. The Growlers will be hosting their eighth annual Beach Goth festival in October; Tyler, The Creator’s Camp Flog Gnaw Carnival will be celebrating seven years in November; and George Clanton will be hosting his second 100% Electronicon festival in October – just two months after its inauguration as the world’s first vaporwave festival.

Although the future for music festivals is uncertain, fans can keep live music operative by continuing to support local venues and artists.