Restaurants on campus are renovated 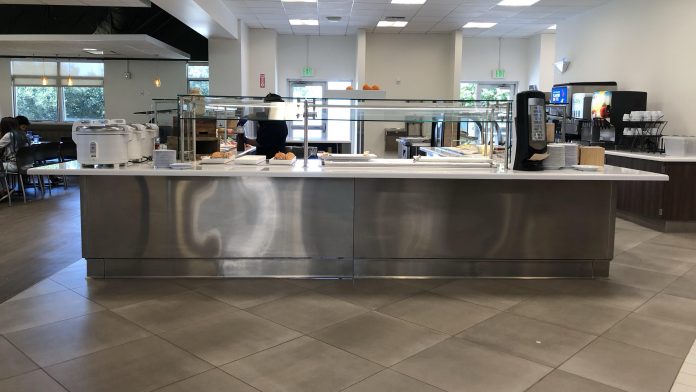 When going to catch a bite to eat on campus, students returning to California State University, Monterey Bay for the Fall 2019 semester have noticed a few changes in on-campus restaurants.

Over the summer, the Dining Commons had a cosmetic revamping, opening up what used to be the back hallway to make a larger toast and bagel station, along with new flooring. The salad bar was fully remodeled, now wrapping around in a large square where individuals can customize their salads with more leafy greens, dressings and tasty toppings than they were able to last year.

Many students agree the best part of the new salad bar is its abundance of desserts. “I shouldn’t be eating dessert after every meal,” said student Kaitlyn Johnson, “but because they’re so bomb, I do!”

Monte’s Cafe, known for its Pasta Fridays, decided to double up on the carbs, declaring there will now be pasta bowl nights on both Tuesday and Thursday. Sandwiches have also been added to their menu, creating a more broad selection for students and staff to explore.

Another noteworthy happening at Monte’s is its change of hours, as it is now only open until 7 p.m. and not until 9 p.m. like it was last year.

“I’ve heard some students are worried about that and might be looking for another place on campus to eat after dark,” said second-year Hailey Hill.

Luckily, the Otter Express (OE) is open during the later hours of the night, closing at midnight on weekdays and weekends alike. It also gives a great space for Otters to relax or do homework, since they’re not required to order to be able to sit at one of the restaurant’s many tables.

“Lots of people come in late at night,” said OE employee Travis Lahey. Along with the popular grilled chicken sandwich, students are also trying out the new wraps and Impossible Burger now being offered by the OE.

Despite the positive changes, the OE has also experienced some major setbacks.

“Sadly, one of the back of house microwaves somehow exploded over the summer,” Lahey explained, meaning sometimes students have to microwave their cheese fries themselves at the counter located at the front of the restaurant. “I can’t complain. I’m happy to work in a place where I get to learn about who I go to school with.”