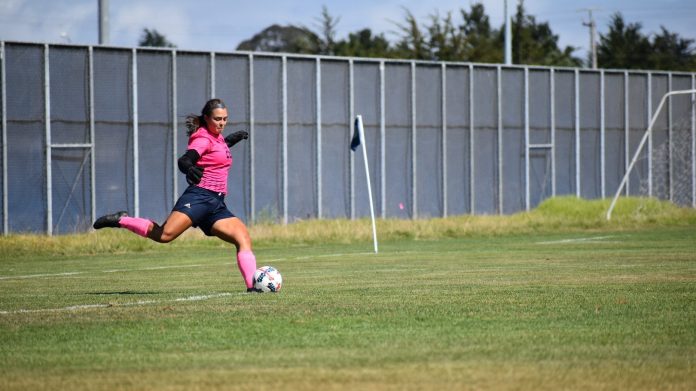 This was their second game of the season and so far, the Otters are on a winning streak. With only five minutes left before halftime, sophomore Sierra Levy scored the first goal of the game, putting the Otters in the lead at 1-0.

The game ended with a final score of 2-1, with CSUMB securing their second victory of the season. While the Vulcans played well, the Otters played better and kept their winning streak alive.

The girl’s soccer team is on Sept. 11 at Menlo College in Atherton, California at 1:30 p.m.

For those who can’t attend the next game in person, don’t worry – you can still watch it live on otteratheltics.com/watch. Here’s to another great season. Go Otters!

California State University, Monterey Bay’s (CSUMB) men's rugby team is looking to the future as their season comes to a close, reflecting on past...
Read more
Sports

The Monterey Bay Football Club (FC) won their opening game against the Vegas lights FC at the newly remodeled Cardinale Stadium on Saturday, May...
Read more