Is The Sims 4: Realm of Magic worth the money? 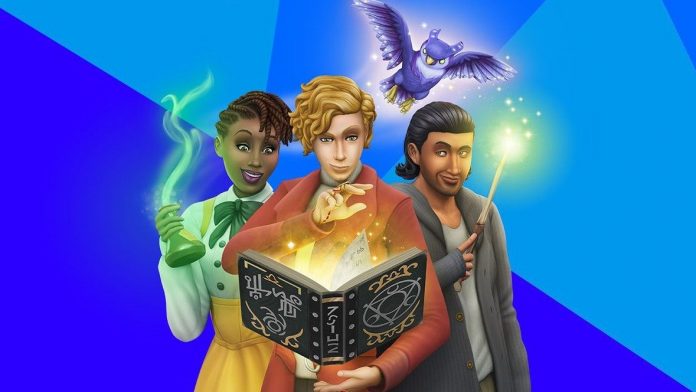 The Sims team released their newest game pack, Realm of Magic, on Sept. 10. This is the fourth addition that has come to the game this year and it might not be the last. However, is it worth the $20?

Realm of Magic was announced back in early June at EA Play, along with the Island Living expansion pack and the Moschino stuff pack.

Realm of Magic comes with a lot of things, especially considering it is a game pack and not a full expansion pack, which would have retailed for $40. It even comes with not one, but two playable worlds for Sims to explore.

Both of the worlds are fairly small, but truly beautiful to see. There is the town of Glimmerbrook, where Sims are able to live, and the Realm of Magic, where Sims are able to explore. While Sims can visit the Realm of Magic, they are not able to purchase a house and live there. However, players can still achieve their dreams of living in the magical realm by editing the lot and placing a bed for their Sims to sleep in.

As the name of the pack would suggest, Realm of Magic is based on, well, magic. The pack adds a new occult Sim: the Spellcaster. Spellcasters allow Sims to really excel with magic. These Sims are able to purchase wands, rideable brooms, brew potions and even conjure a familiar – and that’s only scratching the surface.

Especially considering this is only a game pack, Realm of Magic goes very in depth with the gameplay of Spellcasters. For Simmers who enjoy magical fun, this pack would surely have replay ability and wouldn’t be something to grow boring quickly.

Even for those who don’t always enjoy occult style gameplay, Realm of Magic can still be played. Players can choose to have their Sims live in Glimmerbrook without having to take part in the magical elements. There is a portal separating Glimmerbrook from the Realm of Magic, allowing Simmers to opt out the magic aspects and still live in the world of Glimmerbrook.

Outside of the new world and gameplay aspects added in the pack, there are also some lovely build mode and Create-a-Sim (CAS) items that come with it.

Realm of Magic adds a variety of different CAS items both for female and male Sims. There is some new makeup, hairstyles and even some jewelry pieces that come with it. One of the most notable pieces included with this pack is a steampunk-esque dress shown in the trailer and on one of the Sims on the box art.

These new items allow Simmers to keep a more ‘normal’ look or fully embrace the magical style. There is a mix of different CAS items that can be used for a normal Sims gameplay or for a more magical one.

While Realm of Magic has some incredible features, there are a few areas where the pack definitely falls flat. YouTuber ‘lilsimsie’ discovered that one of the houses in Glimmerbrook doesn’t function properly. From the front, the build seems alright and finished – however, in the back of the building, there is a staircase that should lead to a back entrance of the house, but instead leads to a blank wall.

While it may seem like a simple mistake, it makes the game look rather messy and unpolished. On another lot, there is missing roof textures, causing the roof not to match with itself and again making the pack feel somewhat incomplete. Oversights like these can cause players to question what other things may have been missed and leave an overall impact on the game.

“All of these mistakes that happen are very small, but when they happen, it makes the whole game look sloppy. [What] else did you not double check? If you’re going to let that slide, did you look at the lots at all? Are they even functional lots?” explained lilsimsie in her video ‘Everything Wrong With The Sims 4: Realm of Magic.’

While game packs do typically come with less things than an expansion, some of the build and buy items that were left out also feels like a mistake. Realm of Magic comes with a beautiful new countertop, however they failed to include matching cabinets.

On top of that, the new countertops are just a recolor of a base game counter, which included matching cabinets, so it feels like another thing that the Sims team failed to notice. The new counters also don’t have any matching swatches to the base game cabinets. Anyone who wants to build with the new items is stuck having an incomplete or miss-matching kitchen set.

The Sims 4 Realm of Magic does have some very fatal flaws that make it seem a bit unfinished, but it does feel like a fairly solid pack overall. Some of the build mode and CAS items can be used in both a more magical setting or in a more ‘normal’ one. While it might not be the best investment for someone who doesn’t want to play with the magical elements at least once, it is definitely a more versatile pack than the name might suggest.

However, at the end of the day, it is up to the individual if they think Realm of Magic is worth their money. Some people may love the pack, while others won’t enjoy it as much as they thought they would. For those who know they love the occult type of gameplay, go for it! For those who still aren’t really sure, maybe look into a few gameplay videos before spending the $20 on the pack.

The pack is very fun and has some amazing aspects to it, both in gameplay, as well as in the CAS and build mode items, but it is definitely catering more towards a certain audience. While it is still more versatile than it might initially seem, before purchasing, people should consider if they will play with the magical elements at all, as that in the main selling point for it.

“Among Us” is played by thousands

Over the past few months, the murder-mystery simulation game “Among Us” has increased expotentially in popularity, with an average of 371,563 players a week,...
Read more
Games

Long-awaited by fans, “New Horizons” offers the ability to explore virtual islands while most of the world is quarantined.
Read more
Games

College got you stressed? Well now it can stress out your sims too

The long awaited university pack is finally coming to the Sims 4, allowing Sims to truly immerse themselves into their new college lives.
Read more