Volleyball club: Most Competitive Club of the Year 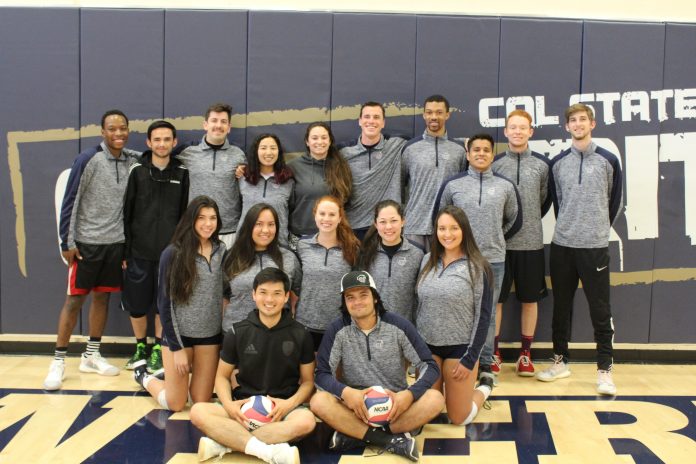 This year’s winner of the Sports Club Council’s Most Competitive Club of the Year is the volleyball club. The volleyball club was reactivated in Spring of 2017 and has come back strong in this last year.

Senior Coordinator of Recreation Timothy Collins who presented this award to the volleyball club said, “Since then, they’ve represented all Sports Club Council at University of Pacific, SF State, San Jose State, Holy Names, Saint Mary’s, Stanford, Las Vegas and just getting off tarmac from Nationals in Denver, Colorado.”

President of the volleyball club, Raegan Avrit, says their main goal is “to play at a competitive level. That’s why we started the group.” Vice President Gwyneth Harris said, “We all wanted a place to play at a higher level, but to maintain a somewhat normal college life.”

When asked why the team believed they won most competitive Harris said, “I think we not only had a very competitive edge, but we were also offered the resources to be able to compete.” Avrit mentioned the Northern California Collegiate Volleyball League has been a big support to give the team resources to compete.

This year, the volleyball club won the individual and the team women’s Pilot Beach Volleyball League, beating out many top universities in California. The California State University, Monterey Bay’s volleyball club was the only CSU present.

The volleyball club would like to give a special congratulations to their graduating seniors.
From the women’s team: Raegan Avrit, Gwyneth Harris, Savannah Johnson, Zoe Thornton and Saveena Smith. From the Men’s team: Justin Rocha and Michael Vicent.

Want to start a club at CSUMB?

CSUMB's upcoming Speech and Debate Club will be kicking off this February.
Read more
Clubs

Inter Club Council (ICC) is recognizing the American Medical Student Association (AMSA) for the 2018-2019 academic year as the Special Interest Organization of the...
Read more