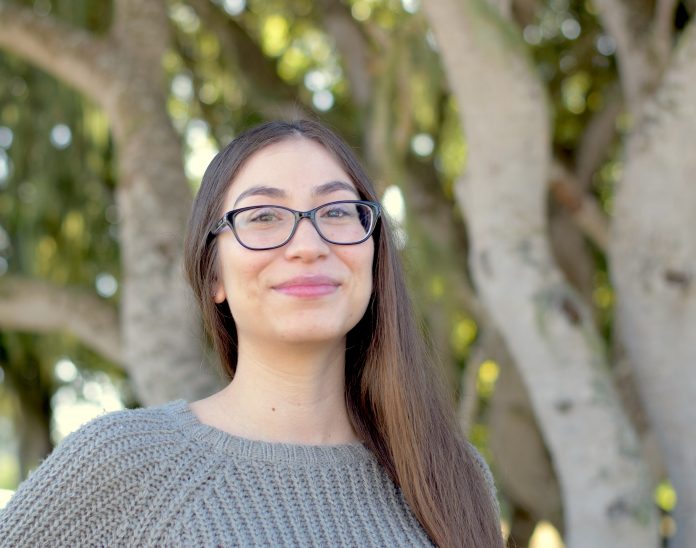 Rosa Garza, a mathematics major from Bakersfield was nominated for the Provost’s Award, 2019 by the Department of Mathematics & Statistics chair, Dr. Lipika Deka. Serving as Garza’s instructor, supervisor and Undergraduate Research Opportunities Center (UROC) mentor, Deka spoke highly of Garza’s remarkable skills as both a mathematician and a model for California State University, Monterey Bay (CSUMB) students. From reviving the women’s math and stats club to mentoring high school students on what they could do as math majors in college, Garza’s social and academic achievements continue to blossom.

After getting acquainted, Garza immersed herself in data science and became a familiar face at our university’s UROC department. Not soon after getting involved, she came across a research opportunity at University of Southern California. Under supervision, Garza was part of a research program developing and implementing multiple neural networks to analyze ultrasound images and discover nerve cells, and the relationship (or lack thereof) between genetic mutations.

Shortly afterward, she was accepted into research program at Louisiana State University. This program involved research on machine learning and the effects various control signals had on audio. Additionally, she conducted research at University of California, Berkeley where Garza applied spectral analysis to a genomics dataset.

Another of Garza’s passions in her community. In the beginning of her career at CSUMB, she took on both the secretary and the vice president of the math club on campus. Once she caught wind of the women’s in mathematics club being shut down due to inactivity, she began to show an interest in getting women more involved and passionate about mathematics. She started by reviving the group and advocating heavily for it on campus through speeches, announcements and posters.

With a team of female mathematics and statistics professors, she successfully brought it back. Soon after, she assumed the role as president up until her graduation. She’s confident without her the club will continue to thrive.

Garza was regularly making appearances at high schools and serving on panels for freshmen detailing the endless possibilities math major have at their fingertips. Garza also is passionate about inspiring minorities to explore the world of STEM – especially after witnessing first hand how little representation minorities (and women) had in these career areas.

Some examples of her activism are as such: Garza gave an oral group presentation at the Mathematical Sciences Research Institute, provided poster presentations at CSUMB’s Mathematic Department Colloquium Fall 2018, Society for Advancement of Chicanos/Hispanics and Native Americans in Science 2018, and at the 2019 Joint Mathematics Meeting. Through these presentations, her passion about seeing minorities and women succeed as STEM majors and professionals grew. To this day, she’s very vocal about seeing more women doing data research and advanced mathematics like her.

In an effort to expand her research experience, Garza will be be spending 10 to 12 weeks in Seattle, WA interning for Amazon this summer where she’ll be leading more research and data analysis revolving around sports health. Garza came across this internship through what’s called a GEM fellowship, which focuses on finding internships and employment opportunities for minorities that are STEM majors.

In September of this year, she’ll be soaking in the Los Angeles sun executing yet another research program as well as participating in a PhD program for computer science with University of California, Los Angeles (UCLA). From there, she’s hopeful to do data science for sports (specifically football), as that’s her second most profound passion next to mathematics. Garza said during the PhD program at UCLA, she can and will petition for her master degree as well.