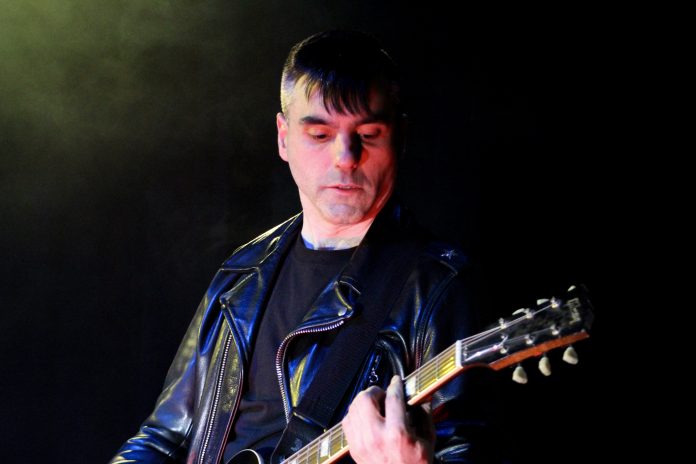 This year’s Noise Pop Festival took place throughout the Bay Area from Feb. 25 until March 3. The festival featured over 160 live performances at more than 25 music venues located in and around San Francisco.

Black Marble performed to a sold-out crowd on Feb. 28 at the Starline Social Club in San Francisco. Their openers included Spiritual Cramp from San Francisco, Rex Ruit and the Shutups – both of which originate from Oakland.

The New York duo frequently took song suggestions from the crowd, which included fan-favorites such as “Pretender,” “Iron Lung” and “A Great Design.” Their most recent album, “It’s Immaterial,” was released in October of 2016

Flameless LED tealight candles scattered the stage, representing the number of songs performed, according to lead singer Chris Stewart. Stewart proceeded to distribute the candles among members of the audience, throwing them and the remaining contents of his pockets into the crowd.

Jerry Paper also performed to a sold-out crowd at Bottom of the Hill in San Francisco on March 1. Opening for Jerry Paper was Jasper Bones, a 20-year-old from Los Angeles. Other openers included Half Stack from Oakland and Healing Potpourri from San Francisco, whom recently opened for Real Estate at The Chapel last month, of which The Lutrinae covered.

It was obvious there were a few super fans in the crowd, as every brief intermission between songs involved individuals screaming for the attention of lead singer, Lucas Nathan. After a few minutes of banter, Nathan declared, “The portion of the night where you all yell at me: done,” followed by statements of “I’m at work!” and “I’m busy!” The crowd also sang an impromptu rendition of “Happy Birthday” to guitarist Christoph Hochheim, after Nathan mentioned having attended his birthday party while introducing the members of his band.

Their latest album, “Like a Baby,” was released in October of 2018 and features collaborations with Weyes Blood and Mild High Club, whom Jerry Paper toured with last year. The crowd reacted with overwhelming excitement as songs from the new album were performed such as “Your Cocoon,” “My God” and “Grey Area.”

Both shows were put on with great care and an attention to detail, showcasing the many talented up-and-coming artists of San Francisco. With a slogan of “championing independent culture since 1993,” Noise Pop’s dedication to “cultivat[ing] revitalizing experiences and support[ing] the broad scope of Bay Area culture” is more evident than ever.