On this day, February 14 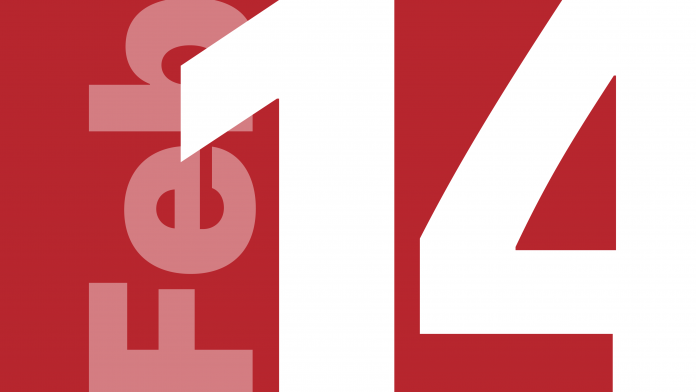 Apart from being the birthday of English actor Simon Pegg, and of course, Valentine’s Day, Feb. 14 proves to be an important day for the United States and the empires of Eurasia.

English reformation leader Thomas Cranmer was declared a heretic by the pope and Catholic Church.

The Mapuche, under the direction of their military leader Clentaru, rose up against the Spanish in present-day Chile and continued to be a thorn in the side of Spanish expeditionary forces for the remainder of their colonization efforts.

The United States flag was formally acknowledged by a foreign naval vessel for the first time when the USS Ranger, commanded by John Paul Jones, was given a nine gun salute by French Admiral Toussaint-Guillaume Picquet de la Motte.

The original Quorum of the Twelve Apostles of the church of the Latter Day Saints was formed in Kirtland, Ohio.

James K. Polk, helmsman of the Mexican-American war, became the first U.S. president to have their photo taken.

Oregon was admitted as the 33rd state.

Arizona was admitted as the 48th and last contiguous state.

The League of Women Voters, a U.S. women’s suffrage group, was founded in Chicago.

The Bank of England was nationalized.

The famous Pale Blue Dot photograph was taken by the Voyager 1 spacecraft.

YouTube went online, launched by a group of college students.