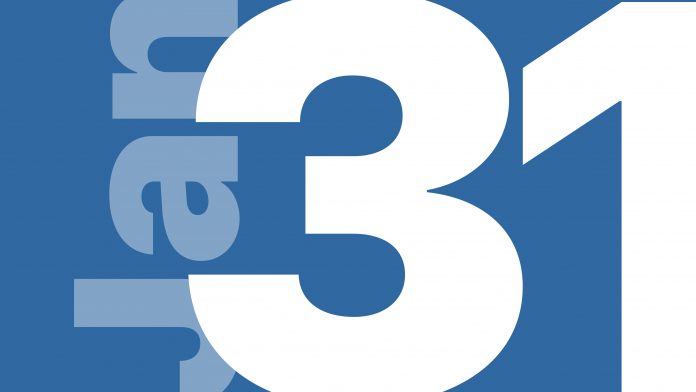 Apart from being National Backwards day, January 31 is a big day for world wars and astro-apes, not to mention it’s the independence day of Nauru and Street Children’s Day in Austria.

An explorer, soldier and sailor – as well as the first ever Republican party candidate for the office of United States president – John C. Frémont was court-martialed for mutiny and disobeying orders.

The 13th Amendment to the United States constitution was passed and submitted to the states for ratification, abolishing slavery.

The first large-scale use of poison gas in World War I occurred when Germany bombarded Russian infantry with a type of tear gas during the battle for Bolimów. Fortunately, the gas proved ineffective due to a mixture of the cold weather and unideal wind.

During a campaign for shorter working hours, the Battle of George Square took place between city police and striking workers in Glasgow, Scotland.

The first Scotch Tape began to be marketed by 3M.

The Battle of Stalingrad concluded with German Field Marshal Friedrich Paulus and his troops surrendering, ending one of the fiercest battles of World War II.

The first daytime soap opera, These Are My Children, was aired by NBC.

A flood from the North Sea devastates the Netherlands and the United Kingdom, causing over 2,000 deaths.

Explorer 1, the first successful American satellite, detected the Van Allen radiation belt – an astronomical phenomenon in which radiation is accumulated by a planet’s electromagnetic field.

The island nation of Nauru gained its independence from Australia.

A group of American Vietnam veterans in Detroit called the Vietnam Veterans Against the War began the Winter Soldier Investigation, an initiative to publicize war crimes and atrocities committed by Americans and allies during the Vietnam War.

An oil spillage in Molo, Kenya ignited and caused a massive fire, resulting in over 300 casualties.