On this day, November 29 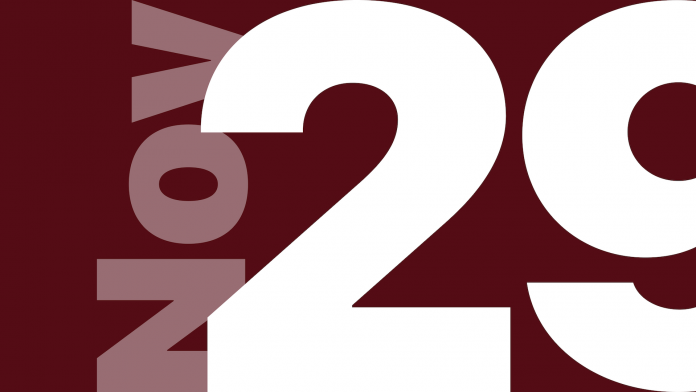 American Civil War: Battle of Spring Hill – The Confederate Army of Tennessee misses an opportunity to crush the Army of Ohio.

Thomas Edison demonstrates his phonograph for the first time.

The Federal People’s Republic of Yugoslavia is declared.

U.S. President-elect Dwight D. Eisenhower fulfills a campaign promise by traveling to Korea to find out what can be done to end the conflict.

North Korean agents plant a bomb on Korean Air Flight 858, which kills all 115 passengers and crew.