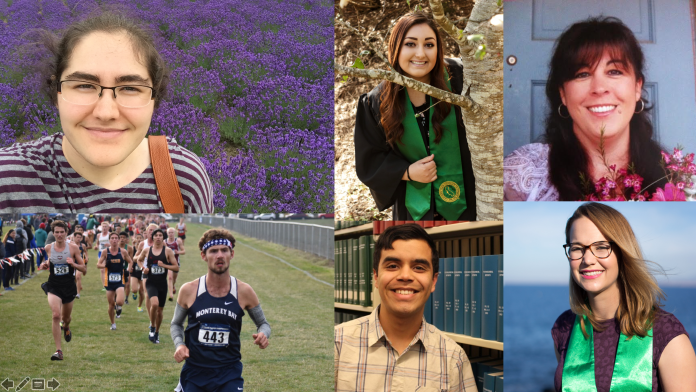 We asked the majors to put forward names of students who are graduating, who they felt had interesting stories to share. Here are a few of the profiles we gathered. 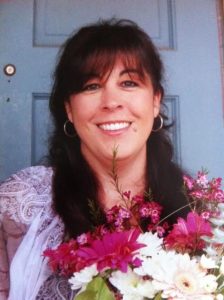 Bernadette Villarreal is graduating Cum Laude with a Bachelor of Science in Nursing. Villarreal graduated from Monterey Peninsula College’s nursing school in 1994 and has been a practicing nurse for 24 years. Going back to school was not easy for Villarreal. Villarreal entered a program at the Community Hospital of the Monterey Peninsula in the spring of 2015, where she was able to attend classes after work. Nevertheless, Villarreal successfully met the prerequisites for CSUMB’s BSN program while taking classes at CSUMB and MPC simultaneously, in addition to balancing her work as a nurse and providing for two children in college. Villarreal had an unexpected, emergency surgery this past year which put her out of commission for four months. With the support of the nursing faculty at CSUMB, Villarreal continued her studies; she is proud to graduate and could not have continued this journey without them. Villarreal hopes to one day become a nursing instructor or a school nurse in her steps after CSUMB. In the community, Villarreal coaches girls volleyball at a local high school and volunteers medical services for Friday night football games. Villarreal is the recipient of the Joel and Dena Gambord Nursing Scholarship. 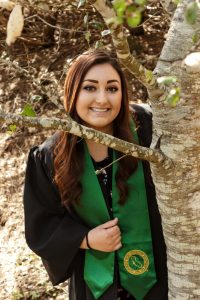 Taylor Chille is graduating with a Bachelor of Arts in Psychology Magna cum Laude and distinction in the major. Chille came to CSUMB for the small class sizes and the closeness of the campus community, the lifelong friendships she could forge, and the outstanding psychology faculty. Chille overcame many obstacles at CSUMB, with the daily struggles of student life, including paying rent, working full time, and food insecurity, all while being a full-time student. Through these struggles Chille persevered in the face of adversity culminating in her graduation from CSUMB. Without knowing what her next steps were entering her undergraduate career, Chille is proud to be entering the incoming fall class in the Doctor of Psychology program, with an emphasis in forensic psychology, at Eastern Kentucky University. Chille continues to be inspired by CSUMB’s mission statement to serve the diverse multicultural, working-class, undereducated, and low-income populations of California, and she hopes to continue this mission in her future work as a board-certified forensic psychologist at a state inpatient hospital doing treatment and forensic evaluations. Serving the wider community, Chille volunteered with the Village Project in Seaside and the Youth N.O.W. Center in Watsonville as a mentor and tutor. She also has served as a behavioral interventionist for children diagnosed with Autism at ACES. Chille is a UROC Researcher of three semesters and is the recipient a CSUMB Outstanding Alumni Award. 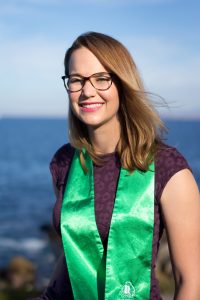 Danielle Pellegrino is graduating Magna cum Laude with a Bachelor of Science in Biology with a concentration in secondary education. Pellegrino also holds an Associate of Arts in Sociology and Liberal Studies from College of the Canyons in Santa Clarita. Pellegrino’s journey to CSUMB was long, beginning with her first year of college at the University of Oregon directly after high school. Due to personal and familial struggles, Pellegrino was unable to continue in Oregon and moved back with her family. Pellegrino spent two years studying at her community college in Valencia, where she developed a passion and interest in social justice. Pellegrino felt called to pursue a career in higher education and began classes at CSUMB in spring 2016. Pellegrino faced difficulties as a transfer student at CSUMB, as she didn’t know anyone in the area. CSUMB helped Pellegrino to become a more confident and assertive person, as it fostered some powerful, lifelong friendships and taught Pellegrino to face injustice head on in her work ahead. CSUMB instilled a deep passion in Pellegrino to pursue student affairs after working with mentors in the Student Housing & Residential Life Department on campus as a resident advisor, summer conference assistant, and student assistant. Pellegrino named Community Director Rachel Henry as a role model and close friend who was instrumental to her success at CSUMB. In her steps after CSUMB, Pellegrino will attend Indiana University’s Master in Higher Education and Student Affairs program in the fall.

Malachi Alexander is graduating summa Cum Laude with a Bachelor of Science in Mathematics and a concentration in pure mathematics. At CSUMB, Alexander held a number of positions, namely as an instructional student assistant for the Mathematics & Statistics Department for three years and a mathematics tutor at the Cooperative Learning Center for two years. Additionally, Alexander was the president of the Mathematics & Statistics Club at CSUMB for two years. In the wider community, Alexander facilitated workshops for the Chevron STEM Zone program, a four-day program aimed at inspiring students to pursue STEM careers. He also worked in outreach programs through the Mathematics & Statistics Department for the Imagine College, Graniterock Algebra Academy, GEAR UP, Julia Robinson Mathematics Festival, and Matheletics Competition programs. Alexander is leaving CSUMB with two summers of funded research under his belt through the UROC Scholars program, with research experiences at the University of Washington and at UC Berkeley in the National Science Foundation’s MSRI-UP REU. Alexander hopes to become a professor of mathematics after his Ph.D. in Mathematics program this coming fall at UC Santa Cruz. This summer, Alexander will attend the Harmonic Analysis Summer Workshop in Park City, Utah. Alexander is a graduating UROC Scholar, an honorable mention for the Barry Goldwater Scholarship for academics and research, a LSAMP-PROUD student, and an Outstanding Mathematics Major Award for his Freshman, Sophomore, and Junior years.

Heather O’Connell is graduating a double-major Summa cum Laude with a Bachelor of Arts in Japanese Language & Culture and a Bachelor of Science in Communication Design, with a concentration in web design. O’Connell entered CSUMB in the fall of 2013 as a Japanese Language & Culture major after being inspired by a high school advisor of hers, whose daughter was a graduate of CSUMB’s degree program. In her third semester at CSUMB, O’Connell began as a Communication Design minor, yet decided to make this a second major. O’Connell studied abroad in her junior year at the University of Kitakyushu in Fukuoka Prefecture. O’Connell found it difficult to find the time to do everything she was interested in, as there are many opportunities available at CSUMB and not nearly enough hours in the day. O’Connell feels that she has been given a strong foundation from her degrees at CSUMB toward her future journey. O’Connell will begin work this August in the Japan Exchange and Teaching Program as an Assistant Language Teacher. In the community at CSUMB, O’Connell served as ICC representative and secretary for Japan Club, a Japanese language and English Language Learner tutor at the Cooperative Learning Center for five semesters, and a student assistant for Oberlin University students in a service learning course this past academic year. O’Connell is a graduating member of the Japanese Honors Society, a student on the Dean’s List, and holds an award for second place at the third-annual CSUMB karaoke festival. 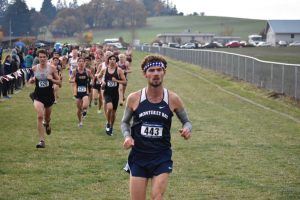 Zechariah Snel is graduating with a Bachelor of Science in Kinesiology. From West Point, New York, Snell moved with his family to the CSUMB area in his junior year at Seaside High School in order for his father to attend the Naval Postgraduate School. Snel was pushed by his high school coach, Dwight Smith, to pursue running in college. Although he was initially denied admission to CSUMB, he and Smith petitioned in order to attend. Snel originally faced this obstacle in addition to being denied in-state tuition per his previous status as a New York resident. Snel’s college experience began with working two jobs in order to pay for housing, food, tuition, and other costs; he did not qualify for financial aid and didn’t receive any athletic scholarships. This began as a rough college experience for Snel. Nevertheless, Snel persevered with little to no financial assistance from his family or financial aid. He believes these past three years at CSUMB developed him into a more independent person, and his time at CSUMB has fostered his resilience and coping skills with the challenging obstacles he has faced and will continue to face in the future. Snel is passionately pursuing a career as a physical education teacher so that he can educate future generations on the importance of exercise and nutrition in maintaining a healthy lifestyle. He plans to earn a Master’s in Education and receive his teaching credential after teaching for several years. He is supported by his fiancée, Kendall, who he met at CSUMB, and the many professors of the Department of Kinesiology in reaching his future endeavors.