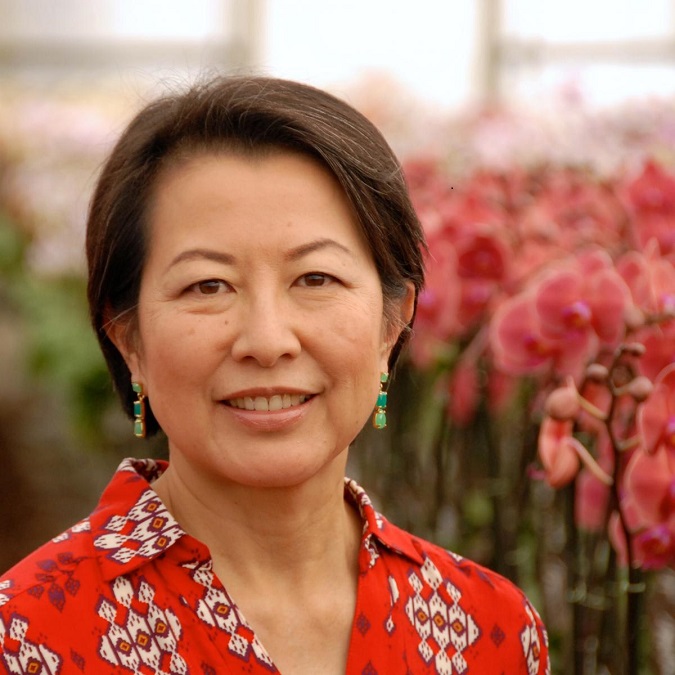 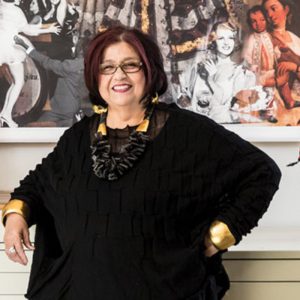 Friday, May 18, 3 p.m. College of Arts Humanities and Social Sciences

Dr. Amalia Mesa-Bains is an artist, educator and cultural critic who was instrumental in the founding of the Department of Visual and Public Art at CSUMB.

Mesa-Bains is recognized as one of the foremost creators of interpretations of traditional Chicano altars. Her works have been exhibited in both national and international venues including the National Museum of American Art at the Smithsonian, the Whitney Museum of American Art at Phillip Morris, the Museo del Barrio, the Mexican Museum in San Francisco, the Contemporary Exhibition Center of Lyon, France, the Kulturhuset in Stockholm, Sweden and many others.

In a recent profile, Art News said, “Her installations are sacred spaces imbued with memory: of the dead, of history and all its atrocities, of innocence lost, of the mystical and mythological.”

Born in Santa Clara, Calif., the daughter of Mexican immigrant parents, she earned her bachelor’s degree in painting from San Jose State University. She went onto receive a master’s degree in interdisciplinary education from San Francisco State and master’s and doctoral degrees in clinical psychology from Wright Institute in Berkeley.

As an educator, she worked for 20 years in the San Francisco Unified School District, serving as an elementary, a bilingual ESL school teacher and multicultural specialist and in staff development. She has also been an advisor to a number of national education projects in community arts.

Mesa-Bains was the director of the Department of Visual and Public Art at CSUMB for its first eight years and taught at CSUMB for more than two decades. As VPA director, she helped to develop the case-based curriculum, the community partnership projects, and the museum studies/arts education concentration.

Among her many awards is a 1992 Distinguished MacArthur Fellowship. She is a former commissioner of arts for the city of San Francisco. 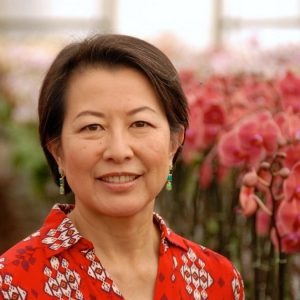 Saturday, May 19, 10 a.m.: College of Business and College of Health Sciences and Human Services

As president and CEO of Matsui Nursery, Teresa Matsui is both a business leader and an heir to a proud family legacy of philanthropy that has furthered the educational dreams of many outstanding scholars.

Teresa’s father, Andy Matsui, founded Matsui Nursery in 1967. With headquarters in Salinas, the company began growing orchids on a large scale in 1998. It now grows millions of orchids in hundreds of varieties and is one of the largest potted orchid growers in the world.

While achieving business success, Andy Matsui and his family also sought ways to help others reach their goals. In 2004, Andy Matsui founded the Matsui Foundation. It seeks to empower students through education. The foundation supports outstanding scholars who are experiencing economic hardship that would otherwise prevent them from pursuing their academic ambitions.

The Matsui Foundation was instrumental in developing the innovative CSin3 program offered through CSUMB and Hartnell College. The CSin3 program serves a diverse group of students who earn undergraduate bachelors of science degrees in computer science in just three years.

Matsui worked in her family’s greenhouses while attending Gonzales High School. After high school, Teresa Matsui received her undergraduate degree from Harvard University and her MBA from the Kellogg School of Management, Northwestern University. Each of her younger siblings also graduated from Harvard.

She then spent more than 25 years as a hospitality and travel industry professional, based in Minneapolis. She founded a hotel management and development consulting firm, InnWorks, which operated hotels throughout the US and advised developers on potential hotel projects. She was particularly effective in building community support for various hotel projects, and was a frequent speaker at hotel industry events.

She returned to California and to the family business in 2014, first serving as chief financial officer and, since March 2015, as president and CEO of Matsui Nursery and executive director of the Matsui Foundation. Her focus in her role as president is on high-level day-to-day operations encompassing sales, production and finance.

Saturday, May 19, 3 p.m.: College of Education and College of Science

After graduating from CSUMB, she served as a staff member in the university’s science program and assisted in the development of what is now the School of Natural Sciences.

She previously served as associate director and organizational development specialist for the California Comprehensive Center in the Comprehensive School Assistance Program at WestEd, an educational research, development, and service agency.

McClellan has also worked as a deputy county administrative officer, personnel director, and First 5 director in northern California. She has conducted program evaluations, developed RFPs and grants, and facilitated strategic planning sessions for a number of public and nonprofit organizations and has also served as an adjunct professor for the Price School of Public Policy and the Annenberg School for Communication and Journalism at USC.

She earned her PhD in organizational communication at the University of Colorado at Boulder, and her master’s degree in public administration from USC.